East Burke High, which last won a conference varsity football title in in 2007, is off to a 3-0 start and atop the Northwestern Foothills 2A standings.

The Cavs got a 291-yard night from running back Blane Fulbright, who carried 35 times, and powered past visiting Patton on Friday night.

Carter Crump added 117 rushing yards and three TDs as East Burke (3-0) moved a half-game ahead of Hibriten in the league standings.

East Burke ran for 470 yards, its highest single-game rushing total since going 2A.

Spencer Goins had an interception to lead the Cavs’ defense while George Mackey and Elijah Hess each had eight tackles. Noah Rooks had six tackles and Cash Norman and Landon Langley each had three with one of Langley’s going for lost yardage.

East Burke’s victory evened the all-time series with Patton at 6-6 and snapped a four-game win streak in the series by the Panthers.

East Burke, with Derrick Minor in his first season as head coach, is chasing its first varsity football crown since sharing a Northwestern 4A title in 2007.

The Cavs had not won an outright league varsity football title since 1988 under Wayne Fletcher. They followed that with three straight shares of a conference title.

The visiting Bears (2-1, 2-1) beat the Wildcats (2-1, 2-1) for the third straight time, powered by quarterback Carson Elder throwing for 230 yards and three scores.

Chadz Stevenson ran 14 times for 100 yards and a TD for the Bears. He added nine tackles, two sacks, a safety, a forced fumble and two tackles for lost yardage.

Kaden Robinson and Henry Flowers each added a rushing TD for Bunker Hill.

On defense, Robinson provided 13 tackles (two for lost yardage), a safety and a fumble recovery while Boston and Ramseur made interceptions for Bunker Hill.

The Bears’ victory evened their all-time record with Draughn at 4-4 and they have won three straight in the series after losing four in a row.

Bunker Hill next plays league-leading East Burke at home on Friday at 7 p.m. while Draughn goes to unbeaten Hibriten for a Friday 7 p.m. game. 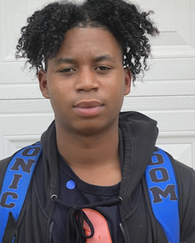 West Caldwell opened a 21-0 lead by the end of the first quarter and led 21-7 at the half.

West Caldwell faces Fred T. Foard on the road Friday at 7 p.m., and West Iredell’s game on Friday (7 p.m.) is at Patton.

Darren Perry ran for two scores and Colby Wilson ran for a TD and passed for another, leading the Panthers (3-0) to a non-league victory in Spencer.

Hibriten picked up a game against the Cavs (2-1) after a league game against Fred T. Foard was cancelled because the Tigers are under quarantine.

Cedric Shuford broke a run for a 49-yard TD that gave Hibriten an early 21-0 lead.

The Panthers have a league game on Friday at 7 p.m. at home against Draughn. They are a half-game behind first-place East Burke in the Northwestern Foothills 2A standings.

Hibriten-Foard won’t be made up

Foard athletic director Samy Sheritah said this week he does not think the Tigers will make up their postponed game against Hibriten.

Foard could not play the game because it was under quarantine.

Sheritah said the limited schedule dates this season – teams can play no more than seven regular-season games – will prevent the Foard-Hibriten game from being rescheduled.