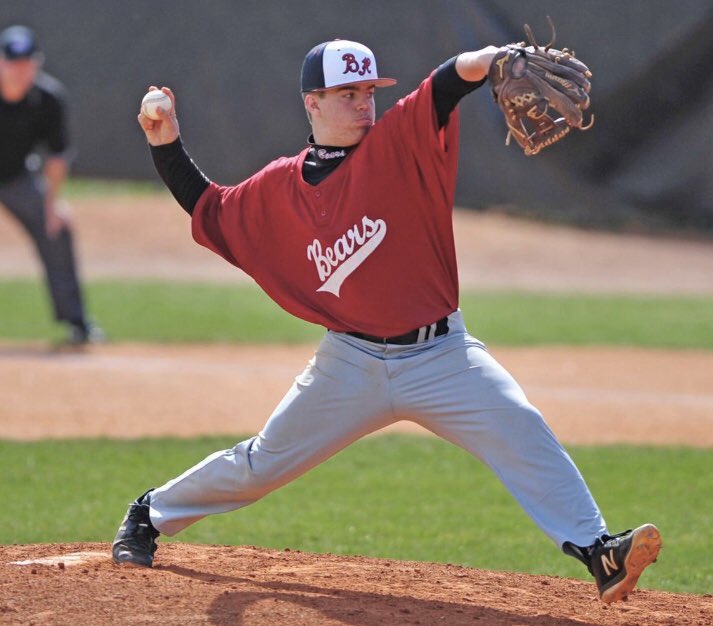 Right-hander Casey Knighton of Bunker Hill was named Northwestern Foothills 2A Player of the Year in baseball after hitting .444 and winning five games for a 13-2 team that won a conference title after starting the season 12-0./FACEBOOK PHOTO

Setzer named Coach of the Year after

The top pitching aces in the Northwestern Foothills 2A this season won the top awards in all-conference voting by the league’s head baseball coaches.

The coaches picked senior Casey Knighton of Bunker Hill as the Player of the Year and Fred T. Foard’s Lane Essary as the Pitcher of the Year.

Todd Setzer, who guided Bunker Hill to a league title, was named Coach of the Year.

Knighton sparked the Bears to a 13-2 season that ended with a first-round loss to Forbush in the state 2A playoffs. 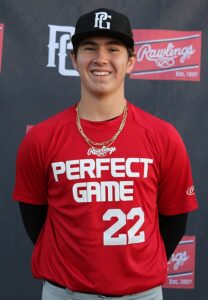 As a hitter, Knighton had a .444 batting average with two doubles and drove in 10 runs.

He closed his career with an 8-2 pitching record that included 94 strikeouts in 70 innings and an ERA of 1.40.

Essary, a junior, paced Foard as it finished second in the conference and went 12-3, falling in the first round of the state 2A playoffs to West Wilkes.

He went 6-0 with an ERA of 0.40 after throwing 35 innings with 77 strikeouts and 13 walks. Opponents hit .101 against Essary, who was in double-digits five times in strikeouts with a high of 16 in a game against Bunker Hill.

Essary has announced his plans are to sign a baseball scholarship to play at East Carolina.

Two nights later, the Bears won 6-0 over Foard at Lenoir-Rhyne University to secure a league title.