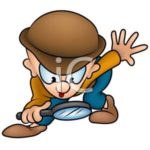 NEWTON – After staying unbeaten in games against Fred T. Foard in his career as a high school head football coach on Friday night, North Lincoln’s Nick Bazzle has a game coming next that will likely tug at his heart a bit. 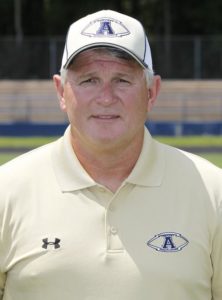 Nick Bazzle picked up his 130th career head-coaching win on Friday night and needs a home win this Friday to keep Alexander Central’s Butch Carter from gaining career win No. 125.

Bazzle’s Knights won 22-9 at Foard — keeping the Tigers (0-3) winless and gaining Bazzle his first win at North Lincoln (1-1) – and next up is a battle against Alexander Central on Friday at 7:30 p.m. at North Lincoln.

Bazzle did not coach for two seasons after leaving Alexander Central, returning to his native Lincoln County over the summer to replace Steven Pack, who left for Newton-Conover, as the Knights’ head coach.

On Friday night, North Lincoln’s defense helped it get past the Tigers, who won nine games a year ago but have started winless against Maiden, Bandys and North Lincoln.

The Knights had a 16-0 lead before Foard closed with 16-9 and North Lincoln added a 40-yard fumble return by Trey Price to win.

Christian Delaney kicked a 40-yard field goal to give North Lincoln a 3-0 lead, then got a 12-yard TD pass from Clayton Cribb to Jake Soorus to go up 9-0.

A 6-yard scoring run by Daniel Carter made it 16-0 before Foard got a 36-yard field goal by Daniel Lackey and a 2-yard TD run by quarterback Jack Colosimo to close within 16-9.

Colosimo has two rushing TDs this season for a struggling Foard offense and he has also returned two kickoffs for scores.

The Tigers are off to a 0-3 start for the first time since 2013. They were 2-1 after three games in each of the first two seasons for head coach Derrick Minor.

When Bazzle meets Carter on Friday night in Pumpin Center, it will be their 427th game combined as head coaches …Foard, playing its 61st year of varsity football, is winless three games into the season for the 16th time… The Tigers once had an eight-year run of being at least 0-3 — starting in 1970 — and also an 11-year stretch in which the 0-3 starts were interrupted only by a 1-2 start in 1969…The best start in Foard history came in 1981 under head coach Dick Foster (6-0 before a 16-0 loss to Maiden) … Last year’s Tigers were 4-1 after five games and 5-3 after eight games and they went 9-4.