Foard graduate has been assistant at N-C, head JV coach for 6 years 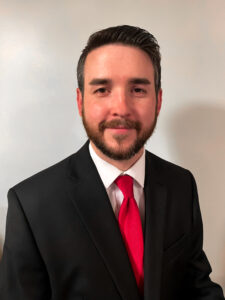 In a press release on Tuesday, the Newton-Conover City Schools (N-CCS) announced Wilson – a Fred T. Foard graduate (2007) also with experience as a graduate assistant at UNC Wilmington – will fill a position opened by the resignation of Matt Wilkinson.

“My goal is to continue building the Newton-Conover basketball program and its feeder programs,” Wilson said in the press release. “I want our kids to understand the expectations and what it truly means to be a Red Devil and all the responsibilities that come with being a part of our community.

“I want them to understand the Red Devil way of doing things on the court and in the classroom.”

In a COVID-shortened season that ended in late February, Newton-Conover finished 6-8 in the South Fork 2A (fifth place) and 6-8 overall.

Wilson came to Newton-Conover as a teacher in 2015

“We are excited to have Coach Wilson as our (boys’) basketball coach,” Newton-Conover principal Chris Penley said in the press release. “We’re excited to continue to build our program and equally excited that we feel that we have found the right person in Nick to lead in this position.”

In records dating back to 1978-79, Wilson is the11th varsity boys’ basketball head coach for the Red Devils. They have posted 26 winning records, one .500 and 16 losing records in that 43-year span with 29 state playoff appearances that included nine consecutive under Bobby Rowe (one) and Jerry Willard (eight), starting in 1987-88.

The Red Devils’ varsity girls’ head coach, Sylvia White (three tenures), also left after the season. She retired from a central office position with the N-CCS, but has confirmed she would be interested in returning if the job is open after she completes a state-required six months of separation.

The girls’ basketball position is not currently among those posted as open on the school system’s website.

The change at Newton-Conover is the second in boys’ varsity basketball among schools in the South Fork 2A. Earlier, John Cloninger resigned after three seasons at Lincolnton.