Jarrett, who also starred in baseball at Charlotte, was in spring training with the parent club. He went 1-for-3 and was among the outfielders getting a look-see as Baltimore worked on the 26-man roster it planned to take into the big league season. 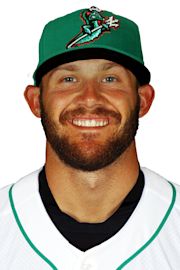 Jarrett spent much of last season in Triple A as a starting outfielder for the Norfolk (Va.) Tides.

As of Thursday, there was no indication Jarrett had been signed by another major league team.

The Orioles have now cut ties with both of their potential players from local high schools. They hsd earlier placed former Bsndys High pitching star Hunter Harvey on waivers.

Harvey was claimed off waivers by the San Francisco Giants and went to spring training with the big league team but did not pitch. Shortly after he was dropped from the Giants’ 40-man roster, he was placed on waivers and claimed by the Washington Nationals.

When the Nats broke camp, they assigned Harvey — who was in the major leagues last year as a reliever for the Orioles but often injured — to Triple A Rochester, N.Y.

Harvey has already pitched an inning for Rochester, striking out two.