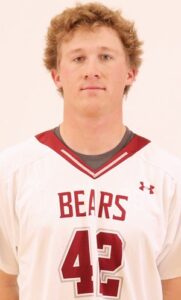 HICKORY — Lenoir-Rhyne University men’s lacrosse is moving into the big lights of playing for a national championship.

The Bears beat Wingate 18-10 on Sunday at LRU to win a regional title, improving to 15-1 to join the 2013 Bears football team as the school’s teams to play for an NCAA Division II title.

Eric Dickinson, a redshirt senior from Charlotte, led LRU on Sunday with six goals. He now has 200 for his career.

LRU faces LeMoyne next Sunday in East Hartford, Conn., for the NCAA title.