The bill places the responsibility for oversight of prep sports to the State Board of Education, mandating it enter into a MOA (memo of agreement) with a non-profit organization for a period of four years. 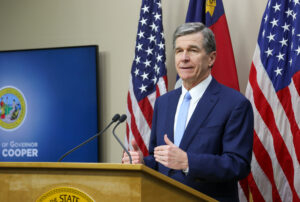 The State Board of Eduction is working with North Carolina High School Athletic Association (NCHSAA) officials on an MOA that is expected to be signed in March.

The MOA will outline a host of specifics and the way the State Board of Education expects the NCHSAA to operate. The State Board would have oversight over the NCHSAA, up to negating rules or decisions by the NCHSAA board of directors or staff by a majority vote.

A state legislator involved in the process said the law will make the NCHSAA subject to open meetings and other public records laws. As as organization that works with state officials, the NCHSAA will no longer be able to withhold requested information on the basis of it insisting it is a private organization.

House Bill 91 has had many revisions since it was first introduced. When it began, it included comments about dismantling the NCHSAA completely.

Legislators’ concerns included the NCHSAA’s finances — it has approximately $41 million in assets, including about $26 million in an endowment fund.

One of the provisions in the new law requires the NCHSAA be subject to a state audit each year and it will, in many ways, open the NCHSAA’s books to the general public in more detail.

The NCHSAA will no longer be able to place monetary fines on its member schools for rule violations. During its investigation, the legislators reported the NCHSAA took in more than $400,00 via fines of its schools over a period of five years.

The law is not expected to impact any of the NCHSAA staffing in Chapel Hill other than it will — for the first time — mean staff will have a state official(s) to answer rather than just the NCHSAA Board of Directors.