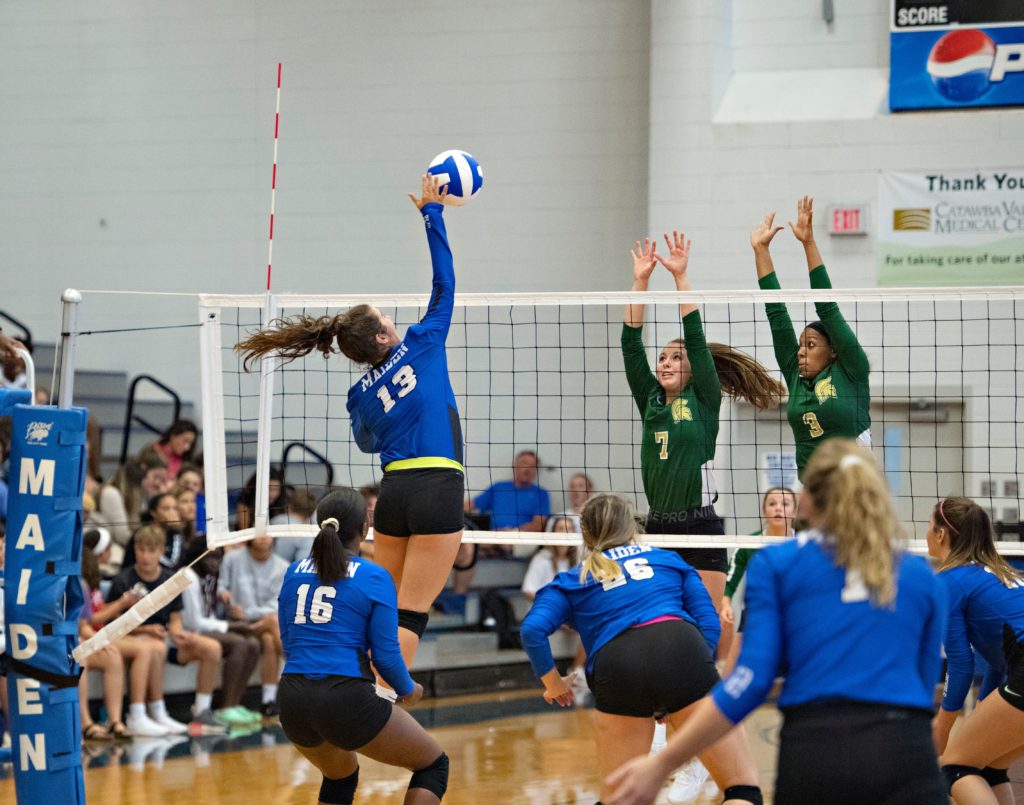 Maiden High’s Abby Smith (13) makes a play against Bandys defenders Bailey Reynolds (7) and Tony Culliver at the net in the Blue Devils’ 3-0 home win earlier this season. Maiden is leading the South Fork 2A and has a potential conference championship-deciding match on Thursday at 6 p.m. at East Lincoln./MICHELLE THOMPSON PHOTO (to purchase her photos, contact her at luvinlkn@gmail.com). 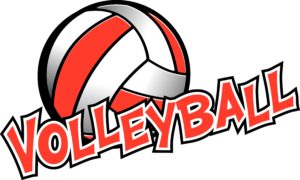 Maiden up by one match

Maiden went into Tuesday’s conference play with a one-match lead over East Lincoln.

The Blue Devils face the Mustangs on the road on Thursday at 6 p.m.

The conference plays a 14-match schedule that ends of Oct. 17.

Abbey Smith had 14 digs and Isabella Abernathy and Sarah Wicker each had 11 kills for Maiden.

Foard has clinched at least share of league title

Fred T. Foard grabbed no worse than a share of the conference title with three matches to go by beating West Caldwell, coupled with Patton downing second-place West Iredell.

Foard won 3-0 at West Iredell earlier in the year and the teams play at Foard on Oct. 16, the final date of league games.

Foard needs a win or a loss by West Iredell to secure an outright regular-season crown.

The conference tournament is Oct. 21-23 at a site to be announced.

Watauga is in the conference lead – one match up on Hickory – as it prepares to play Wednesday at South Caldwell.

Hickory is in second place, 2 ½ games ahead of third-place St. Stephens, and the Red Tornadoes’ only conference loss is 3-0 at Watauga on Sept. 23.

The league plays at 12-match schedule and Watauga is at Hickory on Oct. 16, the final regular-season playing date.

The conference schedule does not indicate the league will have a tournament, with the state playoff starting on Oct. 26.

McDowell will gain the lone 4A bid into the state playoffs and the No. 1 3A seed will be the top-finishing 3A team, Watauga or Hickory.