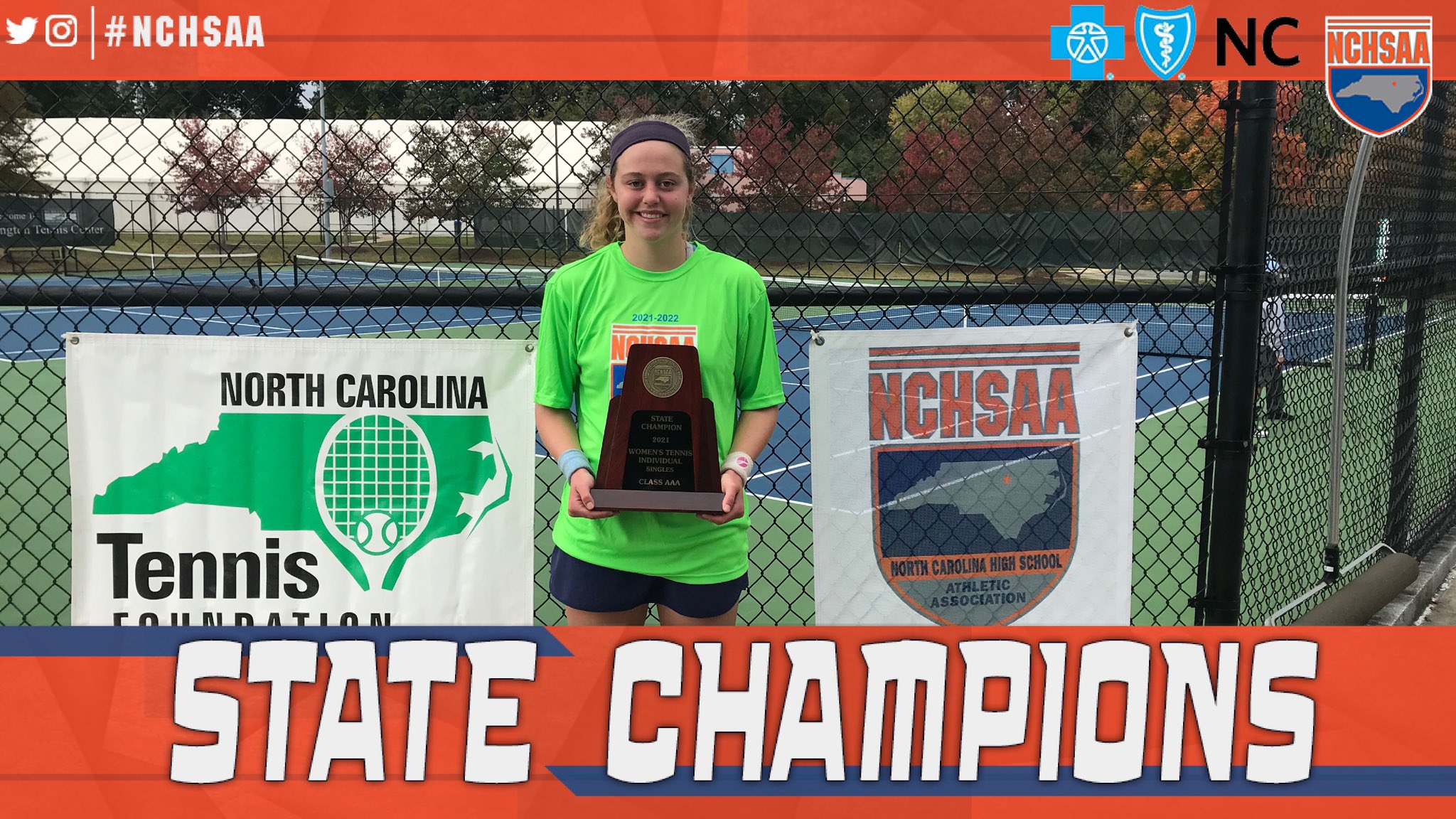 Fred T. Foard High’s Alexis Woglemuth won a state 3A tennis title on Saturday, give her four state crowns — in doubles as a freshman and sophomore and in singles as a junior and senior./NCHSAA PHOTO

Fred T. Foard High’s Alexis Woglemuth came home with another state tennis title in the individual tournament on Saturday, gaining her fourth prep title with a 3A singles championship.

Woglemuth’s first two tennis state tiles were in doubles for Foard as a freshman and sophomore. She won a singles title as a junior.

She is one of Foard’s top girls’ athletes and will again play basketball for the Tigers.