Alexander Central had 13 hits at Mooresville, breaking the game open in the fifth and six innings. The Cougars led 1-0 and then scored five runs in the fifth inning and four in the sixth inning.

Jack gained a win after going six innings. He allowed three hits, two runs (both earned), walked one and struck out eight.

The Blue Devils had three hits.

The Indians (8-0) rode a big game by Peyton Young to a road victory. He hit two home runs and drove in five runs, igniting a 15-hit game for St. Stephens. 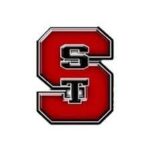 The Bears (2-6) had two hits – by Tanner Kanipe and Carson Elder – and they made four errors.

St. Stephens plays at East Lincoln (6:30 p.m.) on Friday, a key game in the Western Foothills where the Indians and Fred T. Foard share first place with the Mustangs right behind them.

The Bears travels to Newton-Conover on Friday (7 p.m.) for a Catawba Valley 2A athletic game.

The Rams snapped the Wolves’ two-game win streak in a non-conference game in Gastonia. 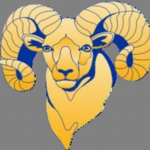 Highland Tech scored five runs in the second inning to lead 6-2 and led 11-3 after scoring three runs in the fourth inning.

Gavin Blackwood went 2-for-4 and drove in three runs for the Rams. Logan Barker, Trey Costner and Erwin Soza each added two hits with Barker, who had a triple, driving in two runs.

Lincolnton (5-4) gave up 10 or more runs for the fourth time this season.

The Wolves play a Catawba Valley 2A Athletic game on Friday (7 p.m.) at home against Maiden.

Friday’s conference game between Bandys and West Caldwell has been moved from Lenoir to Bandys (6:30 p.m.) because of field conditions at West Caldwell.

Bandys (7-3, 4-1) has won five straight games and shares the Catawba Valley 2A Athletic lead with Lincolnton and West Lincoln.

The return game will be April 26 at West Caldwell.

The Mustangs remained undefeated (8-0) with a home victory that dropped Bandys to 8-2.

Kenley Rembert drove in a run in the seventh inning for the Trojans, who left 17 on base.

Riley Fox went 4 2/3 innings and took a loss for Bandys, whose other loss is to undefeated Alexander Central.

East Lincoln is at home Friday (6 p.m.), battling St. Stephens for the lead in the Western Foothills 3A.

The Panthers scored three runs in the first inning and three in the third inning en route to a home non-league win over the Cavs.

Love’ talent and Catherine Hammack had hits for East Burke an Kaylee Paige took a loss after pitching 3 2/3 innings. Paige gave up six hits, four runs and struck out two.

Hannah Killough had two hits and four RBIs and Kiertsin Kemper had three hits and drove in three runs, sparking the Titans’ non-league win in Marion.

McDowell had 14 hits and scored five runs in the first inning, four in the third inning and seven in the fourth inning.

Abby Wyatt and Emma Washburn each had two hits and one RBI and Miranda Wall added two RBIs for McDowell. 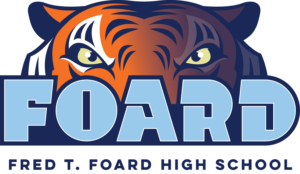 Fred T. Foard, led by a 38 by medalist Jay Busic, won a Western Foothills 3A match (nine holes) at Westport in Denver, N.C., shooting 167 to edge East Lincoln by 10 strokes.

Foard’s Max Cranford and East Lincoln’s Drew Coppin had rounds of 39, and Cole Boggs of Hickory had a 41.