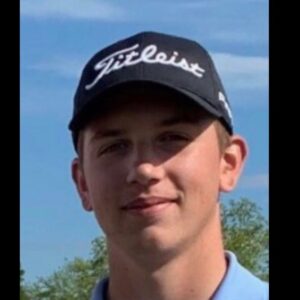 Lake Norman Charter shot 23-over 311 and finished 14 strokes ahead of Midway in the team race.

The Knights had three golfers in the top 10 – Carter Busse with a 75, Will Dalton with a 76 and Brandon Spinks with a 77. Busse shared fourth place with two others, Dalton shared seventh with two others and Spinks ended in a three-way tie for 10th.

All of the state tournaments were shortened to one round this season.

Community School of Davidson needed a one-hole playoff to win the team title, beating East Surry after both teams shot 317.

On the playoff hole, Community School of Davidson’s golfers shot 15 to a 17 by the Cardinals’ golfers.

Lucas Benjamin of Asheville Roberson had six birdies, all on the back nine at Longleaf, to win an individual state title with a round of 3-under 69.

He finished one stroke ahead of four other golfers.

Alex Brock of Freedom shot an even par 72 to tie for sixth place.

Charlotte Catholic shot a 299 to win the team title.

Jackson Von Parris shot an even par 72 to lead Pinecrest to a team title at Pinehurst No. 2.

Parris won his title by one stroke, while Pinecrest (308) finished 11 strokes ahead of Winston-Salem Reynolds in the team race.