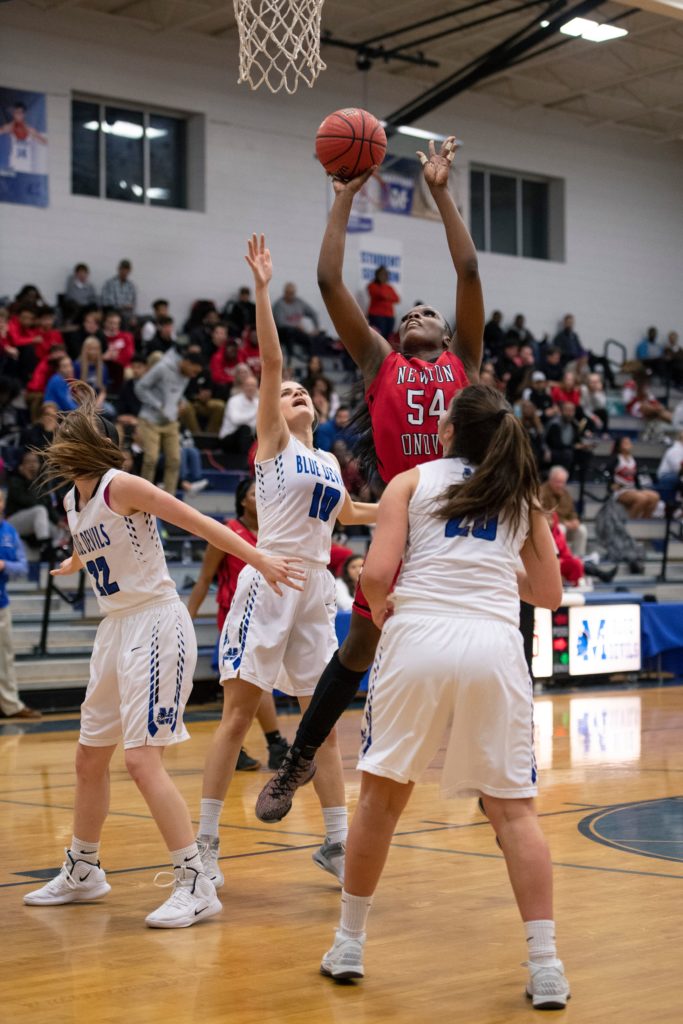 Newton-Conover star Chyna Cornwell, who dominated in the South Fork 2A last season as a junior, has announced her college choice, making a verbal to Rutgers University./MICHELLE THOMPSON PHOTO (purchase her photos by emailing her at luvinlkn@gmail.com).

NEWTON – Chyna Cornwell, who cleared 1,000 career points and rebounds last season as a junior at Newton-Conover High, has made a verbal commitment to Rutgers University.

Cornwell, who at 6-foot-3 has the athleticism to play small or big forward, had a dominating junior season for the Red Devils, averaging 28.3 points and 20.5 rebounds per game for a team (25-5) that won a conference regular season and conference tournament championship.

She averaged 15 points and 14 rebounds as a freshman and 20 points, 18.5 rebounds and five blocked shots as a sophomore.

Newton-Conover head coach Sylvia White said Cornwell indicated Rutgers won out because of its legendary head coach – Vivian Stringer has 1,000 career wins – and the sisterhood of the program and its tradition of winning. 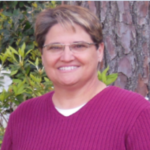 Stringer’s teams at Rutgers are 480-267 since she came there from Iowa.

Cornwell’s major will be dentistry and Rutgers has one of the top dentistry programs in the country, White said.

“I am very excited for her,” White said. “She has worked very hard as a player to give herself options.

“She has taken her time and visited many schools to make sure she felt good about where she was going to go.

“Rutgers was her choice. She will be playing for one of the legends of women’s basketball… (and for) a very successful coach and program.”