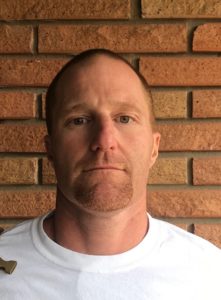 The win gave the Patriots’ Luke Little his 101st victory as a head coach.

It was reported Little could reach No. 100 against the Indians but further research of his records indicate his 100th came Sept. 16 against Patton.

Freedom quarterback Jayden Birchfield ran for three scores and opened the Patriots’ lead to 32-12 in the third quarter.

Mekhi Spates, Curt Young and Chase Young each added a rushing score for the Patriots (4-2, 1-0).

Little, a second generation coach, improved to 13-5 since coming to Freedom. He is a former standout player at West Stanly High and his father, Mark, coached there twice – his second tenure was from 1989-2002 – and also at Clarkton, Whiteville and West Columbus.

The Red Tornadoes (1-5, 1-0) moved head coach Russell Stone within a victory of 275 for his career with a victory in Marion to start the Northwestern 3A-4A schedule.

No game details were available (story will be updated as soon as possible).

Hickory beat McDowell for the third straight time and has won 10 of 16 games against the Titans since 1980.

Running back Jaiden Bond scored three times on runs and finished with 168 rushing yards on eight carries. Running back Jake Watson ran for two TDs and quarterback Anderson Castle ran for two scores and passed for one.

Avery Raynor completed 15 of 26 passes for 136 yards and was intercepted twice for South Caldwell.

The Spartans rushed for only 17 yards and have five turnovers (three of them fumbles).