Gettys will continue to teach at Foard and in his role as boys’ tennis coach, the school’s press release said. 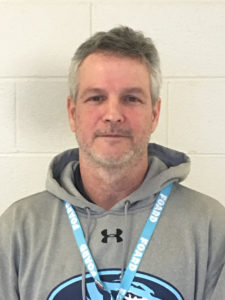 He has been Foard’s head football coach for the last three seasons and also guided the Tigers from 2003 through 2010.

Foard’ press release said Gettys, a North Rowan High and Appalachian State graduate, plans to spend more time with his famly. The Gettys have two children and one grandchild.

Tigers athletic director Samy Shreitah thanked Gettys in the press release for his leadership, commitment and guidance in football and Getty’s work in tennis, the classroom and the community.

“He has positively impacted many lives in this community and among his players,” Shreitah said. “He has always represented Foard in a positive manner and we are very appreciative for all that he has done.”

School officials said they will begin a search for a new head football coach immediately. Foard will hire its 12th head coach since 1986.

Gettys worked one season at Foard as an assistant to the late Charlie Lloyd and then became head coach. He left Foard in July of 2011 to coach wide receivers at Bunker Hill.

The Tigers hired Derrick Minor — now head coach at East Burke — in 2016 when Tom Harper, who recently retired after a stint as an assistant football coach and athletic director at Lincolnton, resigned.

The new head coach will inherit a team that finished last in the Western Foothills 3A (0-7), and the Tigers have lost 15 straight games since beating Patton in a spring season-opener.