The 415th game for Chris Matile as head baseball coach at East Lincoln High is going to be a big one.

The Mustangs — seeded No. 11 in the West 3A bracket — dropped Game 1 of the West title series on Wednesday night at top-seeded South Rowan, 11-1. 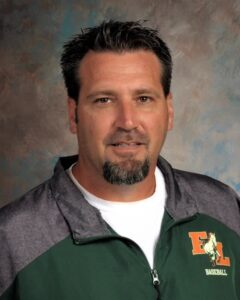 On Friday night at 7 p.m., East Lincoln (20-7) faces a must-win game in a best-of-3 series that sends the winner to a best-of-3 state championship series.

Game 2 was originally scheduled to be played Thursday night but postponed by inclement weather.

A best-of-3 state title series will be set for next week with dates, times and location to be announced by the North Carolina High School Athletic Association (NCHSAA).

On Tuesday night in China Grove, the home team rolled to its 13th consecutive win.

South Rowan had a four-run first inning and then left-hander Haiden LeFew, who is going to Wake Forest, handcuffed the Mustangs. He allowed two hits and walked two in six innings, adding 12 strikeouts to improve to 10-1.

The Raiders touched Mustangs starter Isaac Armstrong, a junior, for five runs on three hits over the first two innings. They added four runs in three innings off reliever Kaden Scott, a junior. Scott gave up six hits and struck out two.

Senior Graham Smiley hit a solo home run for East Lincoln in the second inning and senior Gavin Houser also had a hit for the Mustangs.

East Lincoln came in on a four-game win streak and has been tough at home this season. The Mustangs are 8-2 on their field, the only losses being by a run to St. Stephens and North Lincoln.

The Mustangs had held teams to less than 100 runs for the season until Tuesday night. South Rowan’s 11 runs cut East Lincoln’s season advantage in scoring to 244-110.

South Rowan is only the second team to score 10 or more runs against the Mustangs this season (Canfield, Ohio beat East Lincoln 15-5 on April 18 in Myrtle Beach, S.C.).

Prior to Tuesday, only Fred T. Foard (4-2 win on March 22 in Newton) had held the Mustangs to two or fewer runs.