Hickory High will dedicate the David Craft Baseball Complex on April 8 before a conference game against North Lincoln. A ceremony to honor Craft will be at 6:15 p.m., just prior to the first pitch, and a pre-game meal will also be available (must pre-register, see link in story)./HICKORY HIGH PHOTO

Baseball Complex will be named after

HICKORY – Hickory High will honor David Craft — one of its top all-time athletes — on April 8 with a dedication ceremony at its on-campus baseball facility.

The HHS field is named after the late Troy Washam, and the newly renovated complex will now be named the David Craft Baseball Complex.

“I am very humbled and honored by the Hickory Public Schools Board of Education and the HHS Athletic Booster Club for this recognition,” Craft said in a Hickory Public Schools press release. “This is a team effort and all former team members, coaches, and administrators have helped our baseball and sports program. 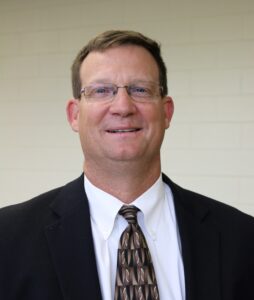 The complex will include a three-lane covered batting and pitching area for the softball and baseball teams, a renovation of the playing surface at Washam Field, and a new netted backstop made possible by many private and business donations.

Hickory is 0-1 in the Western Foothills 3A and 2-2 overall entering Tuesday’s game at North Lincoln.

The dedication ceremony is on April 8 when the Red Tornadoes play at home against North Lincoln.

On April 8, a pre-game meal will be served from 5 p.m. to 6 p.m. beside the baseball field (menu includes hamburgers and hot dogs with all the fixings and dessert at $5 per person).

To attend the pre-game meal, complete the registration form at hickoryboosters.com.

The ceremony to honor Craft — a star athlete at HHS in football (quarterback), basketball (point guard) and baseball (catcher) – is scheduled at 6:15 p.m., about 15 minutes before the game begins.

Admission for the game is $6.

Craft is the son of the late David Craft Sr., for whom the HHS gym is named.

Craft, who returned to his alma mater after coaching baseball at West Iredell for two years, has guided 10 Red Tornadoes baseball teams to conference titles.

He has served as HHS athletic director since 2013 and was an assistant football coach from 1990 to 2009,

A 1993 HHS graduate, Craft played college baseball at Wingate. He was a catcher and also played some games at first baseball.

David Craft was selected in 2016 to receive a Charlie Adams Award from the North Carolina High School Athletic Association (NCHSAA). He has also been recognized as a regional coach of the year.

Craft and his wife, Judy, have two daughters – Jennifer and Ashley – and both are HHS and North Carolina graduates and both are in graduate school.

“As we honor Coach Craft for his 30-plus years of service to the Hickory High students, the community, and to baseball, we invite and encourage everyone, including former HHS baseball players, to join us for a special evening of celebration,” HHS Athletic Boosters President Roger Young said in the press release.

“Not only has Coach Craft served our student-athletes for more than three decades, but he has supported Hickory Public Schools and the community with outstanding leadership and integrity in the classroom and sports arena. We are looking forward to everyone joining us for this honorable occasion.”

For additional information about the dinner and dedication ceremony, contact Young: roger@delcompany.com.