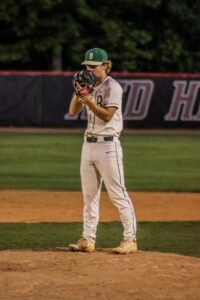 The Trojans (21-8) — eliminated Thursday in the second round of the state 2A playoffs by Mount Pleasant, 4-3 – had a league-best five all-conference picks and swept the league’s top awards.

Bandys went 12-2 in league play – the losses were 1-0 at home to East Burke and 6-4 at home to Lincolnton – and the Trojans had a nine-game win streak during the season. The Trojans also had Easter holiday wins over traditional baseball powers South Point and South Caldwell. 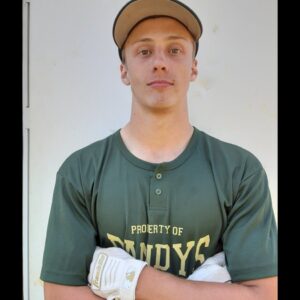 Spencer, a senior, went 9-2, making 11 starts and 12 appearances, and had five complete games and four shutouts. He pitched 59 innings, walking 10 and striking out 81.

Joining Styborski and Spencer as all-league from Bandys are Zach Barnett, Terick Bumgarner and Nolan Jones.

The 23-player team has 11 seniors, 11 juniors and one sophomore (Evan Hartsoe, West Lincoln).

West Lincoln has two other all-league players who are juniors, Taylor Cook and Noah Gantt.