Editor’s note: This article is copyrighted by HobbsDailyReport.com, and the record(s) of Hickory High girls’ varsity basketball have been developed by research and records kept by the website and can’t be reprinted or rebroadcast without crediting HobbsDailyReport.com or obtaining a waiver of that copyright. To inquire about a waiver, contact chobbs001@att.net.

HICKORY –The Hickory Public Schools (HPS) confirmed on Wednesday the varsity girls’ basketball head-coaching  job at Hickory High is now open and applications are being accepted for the job.

Responding to an e-mail inquiry from HobbsDailyReport.com, Beverly Snowden said:  “I can confirm with you that Barbara Helms retired from her position at Hickory High, effective April 1st, 2022. That’s all I have for you at this time, per your inquiry.”

Snowden is director of communications for HPS. 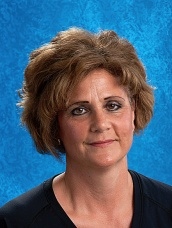 HobbsDailyReport.com first reported the HHS job as open on Monday, noting it was listed on the HPS website and on MaxPreps.com with HHS Principal Rebecca Tuttle listed as the contact on both posts.

HobbsDailyReport.com left a voice mail message for Helms on Sunday but has not heard back from her as of Wednesday night.

Without specific information from the school system or Helms, it is unclear — at least at this point — if she has completed her coaching career.

One option available to coaches who step away from teaching but would like to continue as a n0n-faculty head coach is to leave public education for six months and then re-apply for a job (including the one they previously had).

Newton-Conover’s varsity girls’ head basketball coach, Sylvia White, retired from a central office position and was away from the school system for state-required six months (much of the paperwork has to do with retirement funding and laws that govern that) and then re-hired to guide the Red Devils last season.

Anyone who retired April 1 and wanted to entertain returning as a non-faculty — with school board approval — could not be considered until the job was posted as open and they were away until at least Nov. 1.

Her unofficial prep coaching record is 480-119.

Helms replaced Gale Kerbaugh as head coach at LRU, and Judy Keever as head coach of the East Burke girls when Keever retired after the 1995-96 season.

The Red Tornadoes were 17-9 overall last season, including 11-3 and a second-place finish behind East Lincoln in the Western Foothills 3A. The mark also includes an after-the-fact forfeit win over Ashbrook (ineligible player) and Enka eliminated Hickory 63-57 in overtime in the first round of the state 3A playoffs.

Hickory won eight outright conference titles under Helms and shared while all 19 of her Red Tornadoes teams reached the state playoffs and two from East Burke also did.

Helms guided seven HHS teams to the West Regionals – the school has 18 girls’ appearances — and the Red Tornadoes have earned 43 state tournament bids since 1978 and won five state titles.

Known best for her coaching intensity and her never-wavering philosophy that her job was to coach her players to be prepared to handle college basketball should they get that opportunity, Helms did not miss a step with the Red Tornadoes program once Elder retired.

Helms’ first team in 2003-2004 went 23-7 and finished third in the Southwestern Foothills 3A, then shared a league title, won four straight, finished second and won four outright and shared one over the next five seasons (two shares, eight titles, one second in 11-year run).

Helms — whose maiden name was Buchanan — was also a significant women’s college basketball player in her own playing days. She was named to the 12th annual ACC Women’s Basketball Legends team after starring at Wake Forest.

Earning four letters from 1980-1984, Helms was the first women’s baskeball player signed by Wake Forest and she was team MVP as a freshman (11.4 points, 7.9 rebounds). She finished with 1,023 career points and 619 career rebounds.

Helms is married to Michael Helms, a successful prep football coach who was last head coach at Hickory and her son, Brandon, has one season in as boys’ varsity head basketball coach at Bandys.

With Helms out of the mix, the most wins by current girls’ head varsity basketball coaches in the Greater Hickory area are Jeff Parham at South Caldwell (397) and Amber Reddick of Freedom (393).

The most wins among boys’ varsity head coaches in the area – active and retired – is Danny Anderson of South Caldwell (734-275), and he will be inducted into the North Carolina High School Athletic Association (NCHSAA) Hall of Fame in August.