GREENSBORO – The West All-Star girls’ basketball game will have a familiar look for Greater Hickory fans in a battle against the East on July 20.

The West head coach, Brad Mangum of West Caldwell, filled four of his 10 roster spots with players from area leagues.

Cornwell, who has signed with Rutgers, led Newton-Conover to a 29-2 record and a West 2A title (the Red Devils were then declared state co-champions with Farmville Central when the championship game was cancelled by the coronavirus pandemic. 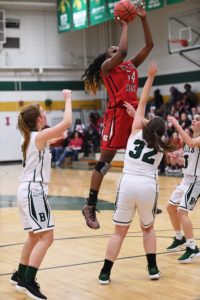 Cornwell has been named the state’s player of the year in girls’ basketball. She finished her career with more than 2,000 points and 2,000 rebounds.

Mangum just completed his eighth season as a head coach – three at West Caldwell and previously two at Fred T. Foard and three at Alexander Central.

The Warriors — hit hard by enough injuries that they did not play their first game until Dec. 27 — went 3-16 last season. They are 15-54 since Mangum became head coach.

Mangum spent two years at Foard (32-21 record) and then three years (70-17) at Alexander Central before moving to Lenoir-Rhyne University as an assistant coach. His career prep record is 117-92. 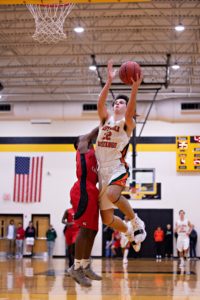 Kuthan, who is 6-6, led East Lincoln to a 24-5 record by averaging 20.6 points and 12.3 rebounds. He was the District 10 Player of the Year as selected by the North Carolina Basketball Coaches Association (NCBCA) and will play at Roanoke (Va.), an NCAA Division III school.