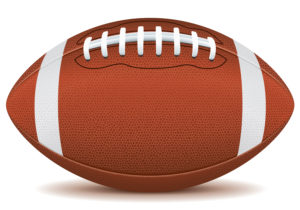 VALDESE – Draughn High is bringing a former Freedom football player home to lead is 10th season of varsity football and then take the program into its second decade.

Chris Powell — an assistant with experience coaching offense and defense the last four seasons at Chester (S.C.) High after five seasons as an assistant at Boiling Springs High in Spartanburg, S.C. – is the Wildcats’ new head coach.

Draughn athletic officials announced Powell’s hiring on Wednesday in a press release. He played varsity football for Tim McMahon at Freedom and then played linebacker at Western Carolina as a walk-on.

He replaces Scott Lambert. Lambert resigned after last season, the third in his second tenure leading the Wildcats, and he also coached them in the program’s first five seasons. 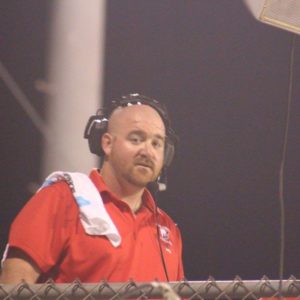 Powell is the third hire to guide Draughn football. After Lambert left his first tenure – after the 2013 season – Allen Wittenberg was head coach for one season before leaving to become head coach at Hickory, his alma mater.

Lambert began his second stint at Draughn in 2015.

“As a graduate of Freedom High School, it was been my dream to return to Burke County and to teach and the student-athletes here,” Powell, 32, said in the press release. “I believe that Draughn has the athletes to complete at a high level, and it is my goal to get us there.

“Our focus will not just be on winning ball games but also on the development of these young men into productive citizens that will contribute to Burke County.”

Powell inherits a program that has had back-to-back 2-9 records and is 13-42 in the last five years.

The Wildcats, playing their first season in the Northwestern Foothills 2A last year, tied Bunker Hill and East Burke for fifth place at 1-5 in conference games.

Draughn’s first football season was 2009, when the school opened as part of expanding Burke County from having two high schools to four (Patton also opened that year).

“It is evident that Coach Powell has a passion for the game and, more importantly, for the young men that play the game,” Draughn Principal Karen Auton said in the press release. “I feel certain that he will be an asset not only to the Wildcat football program but also to our school faculty. We are excited to have him join our staff in the coming weeks.”

Powell has also served as head baseball coach at Chester (S.C.) High – since 2015 – and coached track and field there.

“I have full confidence that Coach Powell will build upon the foundation of Draughn football,” Dillon Sain, the Wildcats’ athletic director, said in the press release. “I think he has a great plan, and I am eager to see it put into place to help develop not only our football players but all student-athletes in our school.”

Unofficially, Powell finished his prep career with 120 carries for 601 yards and three touchdowns for the Patriots (see graphic, upper right).