Hickory has 4 players in Tuesday’s game in Charleston, W. Va. 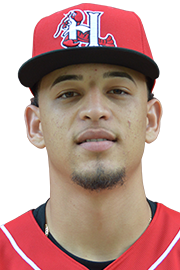 HICKORY – Hickory starting pitcher Yerry Rodriquez has been added to the roster for the South Atlantic League (SAL) All-Star Game.

Rodriquez is 5-2 with an ERA of 2.20 through nine starts, striking out 62 and walking 16 to lead the Crawdads staff in ERA and strikeouts.

Pedro Gonzalez, Curtis Terry and Jonathan Ornelas of the Crawdads were on the Northern Division roster when it was announced.

Rodriquez’s top game this season came May 6 against Kannapolis when he had 12 strikeouts on 86 pitches and allowed one hit while pitching five innings.