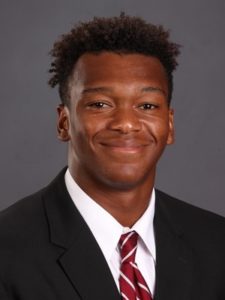 Emmons is transferring to Hutchinson Community College in Kansas, an Associated Press report said, and the head coach there told the AP he has already arrived.

Emmons was a top national recruit while starring at Freedom, ranked the No 1 running back recruit by Rivas.com and ESPN.com.

As a Tide freshman, Emmons rushed for 173 yards before being sidelined by an injury.

At Freedom, Emmons ran for 6,573 yards and scored 101 touchdowns. As a senior, he was the Northwestern 3A-4A’s Offensive Player of the Year and a North Carolina Associated Press all-state player after averaging 12.3 yards per carry.

Emmons was one of four five-star recruits at running back at Alabama.

He will be eligible to transfer to an FBS program after one season at Hutchinson.

Running back Cordarrelle Patterson, who played high school football at Rock Hill (S.C.) Northwestern and eventually at Tennessee, played 23 games at Hutchinson before going to Tennessee. He was a first-round NFL draft pick by the Minnesota Vikings in 2013 (in a trade with the New England Patriots) and is currently a kick returner with the Oakland Raiders.

For more on Emmons’ decision: https://www.saturdaydownsouth.com/alabama-football/report-alabama-rb-b-j-emmons-found-new-school/