CATAWBA — Bandys High has announced it will honor its state 2A championship basketball teams of 1982 with alumni games on Nov. 12 at Bost-Matheson Gym.

The event begins at 6 p.m. and includes appearances by this year’s varsity basketball teams.

Forty years ago, Bandys swept the state 2A championship games.

The Bandys boys — coached by the late Bill Bost — went 30-1 and defeated Sampson Union 64-61 at the Greensboro Coliseum in the state 2A title game.

The 1982 boys’ state title is the school’s only in boys’ basketball. 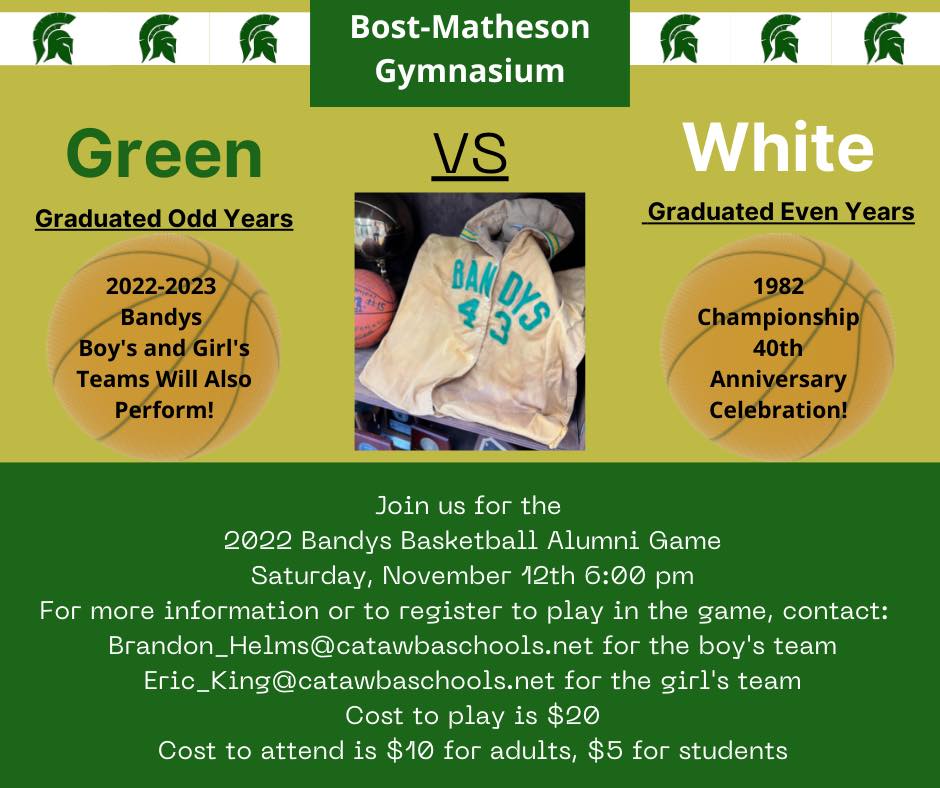