Starting Aug. 10, Windham will serve as Career Development Coordinator in the CTE Department, replacing retiring Kimberly Teague in that position. 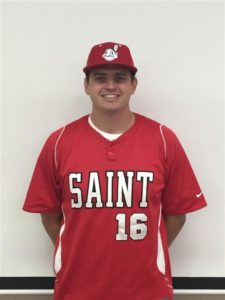 Windham, a 2003 Fred T. Foard graduate who played baseball for the Tigers, is an Appalachian State graduate with a Master’s of Arts Curriculum Specialist degree.

The contract for his new position was approved on Monday night by the school system’s board of education.

He coaches a 14-under baseball team for Maiden-based Athletes Lab, which works 1-on-1 and with teams and groups to help student-athletes and teams improve and receive proper training.

“The past seven years have served as some of the happiest moments of my life, and you are all a major reason for that,” Windham wrote of his players in an email to their parents that he also provided HobbsDailyReport.com. “This has been one of the most difficult decisions I have made in my lifetime, but I know it is what is best for myself, my family, and our baseball program.

“I look forward to watching the baseball program continue to grow under new leadership and plan to be a huge supporter of the program.

“I owe you all a debt of gratitude that could never be repaid.  You accepted me into this community and made me feel welcome from our first year. Because of you, I have become a better person, husband, and father.

“I will always cherish the relationships that have been made along the way.”