South Fork 2A will have 6-game schedule;  state

mandates only 100 fans at games, all from home community

The South Fork 2A will be a seven-school conference for varsity football after Lake Norman Charter decided it will field only a junior varsity team. 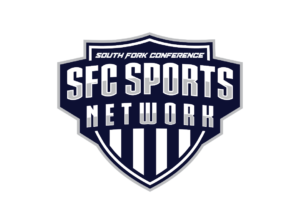 South Fork 2A teams will now play only six games, all in the conference unless they are fortunate to find a team to fill the open date created by Lake Norman Charter’s decision.

The North Carolina High School Athletic Association (NCHSAA) allows a seven-game schedule this season (due to COVID-19), but finding a school to play this close to the start of the season is expected to be challenging.

The Knights will play their junior varsity schedule. The press release said juniors will be allowed to play in those games.

Football season is scheduled to begin with first practices on Feb. 8 and opening night is currently set for Feb. 26.

The South Fork 2A will receive two automatic bids into the state 2A playoffs.

All football games in the South Fork 2A will kick off at 7 p.m., with attendance limited (by state and NCHSAA regulations) to 100 fans. No visiting fans are allowed. For example, entry is not available to any Maiden fans for the Feb. 26 opener, Maiden at Bandys.

Tickets are $7 per game and must be purchased in advance. No cash will be accepted at the gate.

Fans will be required to wear a mask. Seating will be marked and social distancing will be enforced.

All South Fork 2A varsity football games will be available via live streaming at the league’s website (https://www.sfcnetwork.tv/). The cost is $20 per game per device used to watch the game.

Conference Administrator Butch Parker said the South Fork 2A’s media policy includes no seating in the press box (where there is a limit of up to 25 people) and media will have an assigned area in the bleachers.