of more than 50 years in journalism 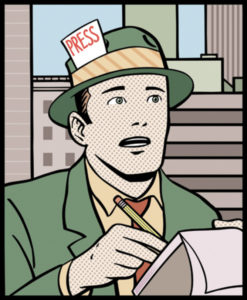 Editor’s note: This bylined article, in many ways, violates many of the rules of sports reporting Dan Richards taught those who he helped enter the profession.
Dan demanded facts, accuracy, compassion, integrity and a high work ethic — and opinions were only to be included in columns.
While this is an obit, I don’t think I could write about Dan – who was my mentor – without including stories/opinions about him. All of them are accurate from my memory of knowing him for more than 50 years.
RIP.

LILLINGTON – Dan B. Richards, whose tenures as sports editor at two newspapers named Daily Record set a tone for sports coverage for many years in those North Carolina communities, died Sunday at age 84. 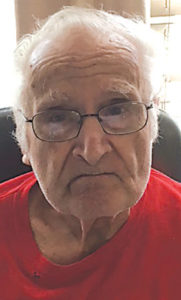 Details for a memorial service for Richards have not yet been finalized.

He was a native of New Port, Rhode Island and graduate of Davis & Elkins College in Elkins, West Virginia.

In nearly 20 years in Hickory, Richards established the newspaper’s sports section as one of the best in the state – especially among those whose primary focus was coverage of high schools (in a four-county area of Alexander, Burke, Catawba and Caldwell, then called The Unifour).

Richards thrived on long hours, communication, details and accuracy, and his sports section attempted to include sports at every age level, including Little League baseball and other sports.

Then owned by the Gifford Family, reporters assigned by Richards could be staying overnight, for example, at a Little League tournament in Gastonia or Boone for a week or as long as area teams were still alive in the bracket.

In the 1980s, Richards sent the writer of this article (on the full-time sports staff at the time) to Dayton, Ohio for nearly a week to cover the LRU women’s basketball team in the Association for Intercollegiate Athletics for Women (AIAW) Final Four.

During Richards’ tenure, the Hickory paper also regularly staffed ACC football and basketball. Almost always, at least one reporter would staff a football game at Wake Forest, Duke, North Carolina or N.C. State with a day kickoff and also cover one of those schools playing the same day with a nighttime kickoff.

It was not unusual for sports reporters and Richards to each log anywhere from 1,000 to more than 3,000 miles a month covering sports throughout the state.

Before coming to Hickory, Richards covered a lot of University of Virginia sports – especially baseball. His uncle wrote about religion for The Washington Post.

Richards always recruited and involved young aspiring writers to work for him at the Hickory paper. In its heyday, the late Arthur (Ott) Dillingham and Hobbs, now editor and content coordinator for HobbsDailyReport.com, made up the full-time sports staff.

Hobbs is approaching his 45th consecutive year in sports journalism with his focus still on high school coverage in the Greater Hickory area.

Hired by Richards as a “stringer” weeks after his high school graduation in 1976, Hobbs worked for Richards until going to The Lenoir News Topic in mid-1979 as a 20-year-old sports editor.

After nine months in Gastonia, Hobbs joined The Charlotte Observer at age 25 to cover more than 100 high schools in Piedmont N.C. for the next 14 years.