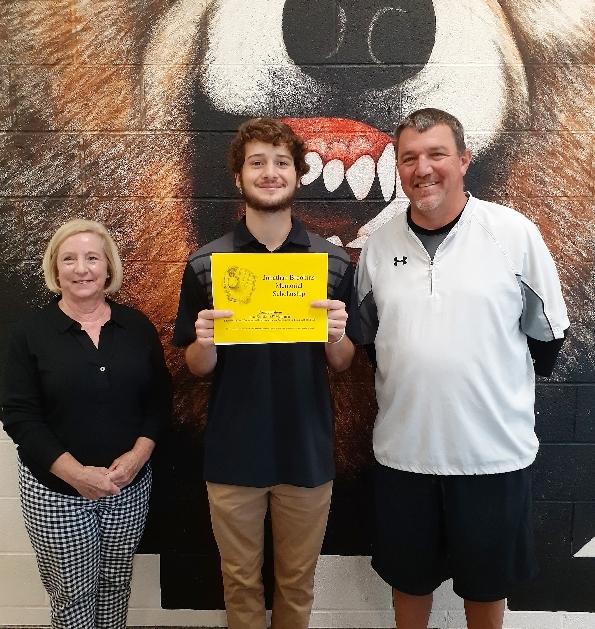 LINCOLNTON – E.J. Manjaress, voted MVP of the Lincolnton High baseball team as a senior and the Wolves’ junior varsity team as a sophomore, has been awarded the 2020 Jonathan Brookins Memorial Scholarship winner.

Manjaress, a shortstop and pitcher, receives a $2,500 award in honor in memory of Brookins, a first baseman and pitcher on Lincolnton’s state 2A title team in 1995.

Brookins was a senior in 1995 who was all-state in 1997 and helped lead Cherryville Post 100 to a state title in the summer of that year. He is

A member of the Lincoln County Sports Hall of Fame.

The scholarship is awarded to a senior baseball player who embodies athletic and academic performance as well as strong character and active community service.

Manjarres is the 21st recipient of the award, which has paid out more than $115, 000 to deserving baseball players.

Brookins played baseball at Western Carolina as a freshman before he lost his life in a tragic car accident in Nov. 1998.

In his memory, a golf tournament sponsored by Rhyne Financial to fund the scholarship was created in 1999 with the support of the Brookins family. The baseball field at Lincolnton is also named for Brookins.