With running back Rashad Lee adding 98 rushing yards and a touchdown on 14 carries, West Alabama (1-0) opened a big early lead en route to a victory in a game that began the second season of Mike Kellar as head coach at LRU. 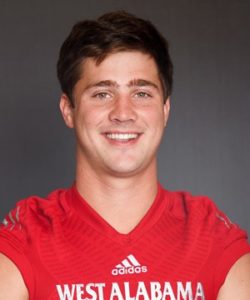 West Alabama (1-0) took control early, building a 33-0 lead by halftime when it scored on six of its first eight possessions and its final six in the opening half.

The Tigers outgained the Bears 264-76 in the first half, and LRU’s longest drive in half was 28 yards on its fourth possession.

LRU had just two drives of 41 or more yards, both coming in the third quarter.

The Tigers ripped LRU’s defense for 481 yards and scored on all nine opportunities inside the red zone.

LRU gave up more than 45 points for the fifth time in its last 12 games. And in that stretch, the Bears have allowed 352 or more yards nine times and allowed 31 or more points in eight games.

Leading 3-0, West Alabama scored the decisive points with five minutes, one second left in the first quarter when Corey Davis caught an 11-yard pass from Satterwhite and a PAT gave the Tigers a 10-0 led.

LRU had five turnovers and a punt blocked.

West Alabama had 10 plays on which it gained 10 or more yards and gained nearly 5 ½ yards per play.

The Bears’ miscues aided West Alabama with good field position, as six of the Tigers’ nine scoring drives were 47 yards or less.

LRU’s lone score came with 2:17 to play in the third quarter on an 11-yard pass from backup quarterback Grayson Willingham to Sam Camargo to make it 36-7.

Offensively, the Bears were led by Nelson Brown with 76 yards on 22 carries.