The football head coaches in the South Atlantic Conference on Monday selected Lenoir-Rhyne University as the favorite to win a title. 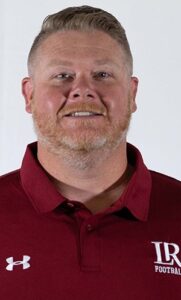 The Bears open this season on Sept. 4 with a 6 p.m. game at Virginia State. They play a 10-game schedule with the home opener set for Sept. 25 against Mars Hill (6 p.m.).

This will be head coach Mike Jacobs’ second season at LRU.