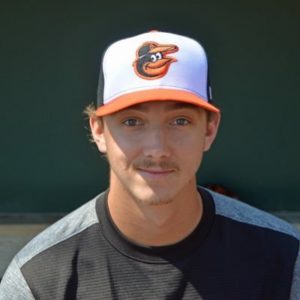 NORFOLK, Va. — Hunter Harvey is one step closer to going back to the big leagues.

Harvey, a former Bandys High right-handed pitching star who was a first-round pick by the Baltimore Orioles in the 2013 MLB Draft, was promoted to Class AAA Norfolk (Va.) on Saturday and will pitch there out of the bullpen.

It’s a quick step up for the youngest son of former big league All-Star closer Bryan Harvey, as Hunter Harvey made only three appearances in relief at Class AA Bowie (Md.) after Orioles brass decided to move him from the Baysox’s starting rotation to the bullpen.

Harvey reached the major leagues for the first time in April of 2018, called up from Bowie for two days, and he did not pitch.

In 2019, Harvey was optioned from the 40-man roster to Norfolk on March 3 and did not pitch there. He was sent to Bowie on March 31 and made 11 starts before the shift to the bullpen.