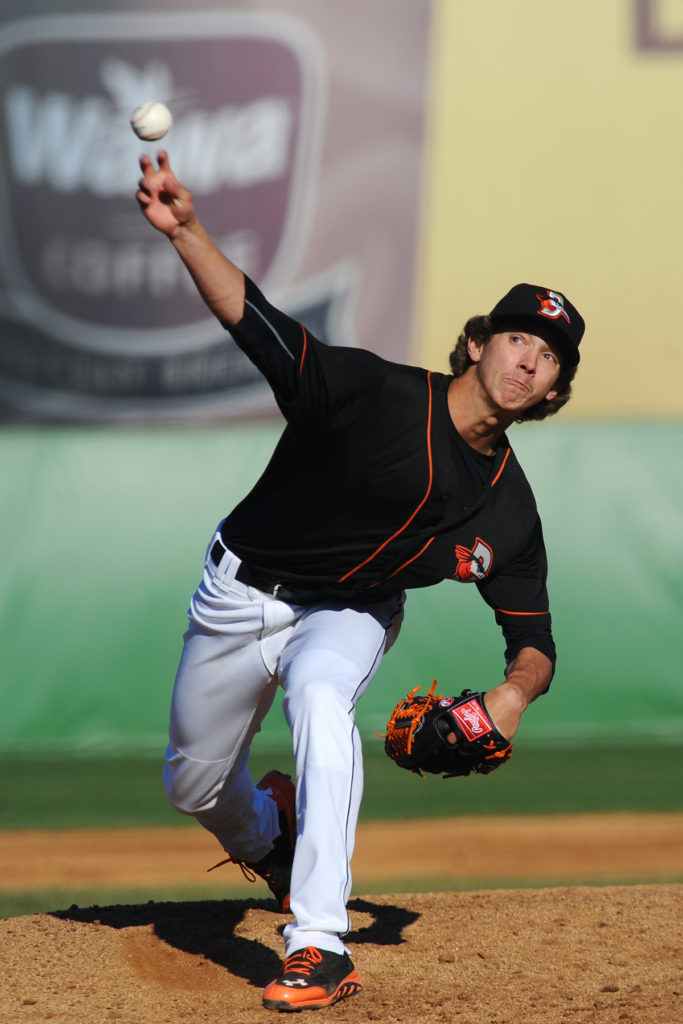 The role for former Bandys High star Hunter Harvey — at least for now — is pitching out of the bullpen for Class AA Bowie (Md.).

A story by the Baltimore Sun (https://www.baltimoresun.com/sports/orioles/bs-sp-orioles-hunter-harvey-20190614-story.html?fbclid=IwAR09FKVekSLn21H9CROrLfrICoekz_g2s4IMmnlN7uJUsbRfFLNPPzzHy3Q) details the change for Harvey, a right-hander who has been in the Baysox’s starting rotation. He has been a starting pitcher during his six-year pro baseball career after being drafted in the first round by the Baltimore Orioles in 2013.

Harvey is on the O’s 40-man roster, which means he could quickly be called up the major leagues if Baltimore finds he’s needed to provide help from the bullpen.

As a reliever, Harvey could reach the big leagues (he’s already been called up for a few days) in a similar role that his dad, Bryan, played in his nearly 10-year career in the major leagues.

Bryan Harvey retired in 1997 after re-signing with the Angels in 1996 and pitching in the minor leagues for the Atlanta Braves in 1997. His last team, as he tried to return to the big leagues, was a short stint in the Houston Astros organization.