Patton, McDowell, Watauga also advance to Thursday’s next round

The next round is Thursday with Foard going to top-seeded R-S Central and Patton going to West Stokes in 2A.

In 3A, West Henderson will visit Watauga and Hickory travels to play Cox Mill.

McDowell is at home Thursday in 4A, facing Providence.

Hailey Johnston made six digs and had 17 assists and Lyndsey Warren added 10 digs for Foard.

Black Mountain Owen was seeded No. 9.

If the Tigers win on Thursday, they’ll play Saturday’s third round at home against No. 13 Patton or on the road against No. 5 West Stokes. 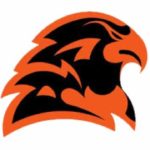 The Panthers, seeded No. 13, are the lowest remaining 2A seed in the state after a four-set victory over the fourth-seeded Mustangs.

East Lincoln won the South Fork 2A title and Patton got into the postseason by finishing second to Fred T. Foard in the Northwestern Foothills 2A.

If the Panthers win on Thursday, they go to either No. 8 Foard or No. 1 R-S Central for a third-round match on Saturday.

The Red Tornadoes, seeded No 12, knocked off a No. 3 seed on the road to advance in 3A.

There’s only one lower seeded team still alive in the bracket (No. 15 Greenville Rose).

If Hickory wins on Thursday at No. 4 Cox Mill, it’s third round match on Saturday will be at No. 9 West Henderson or at No. 1 Watauga (would be season’s third meeting). 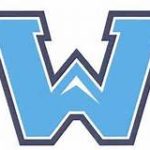 The Pioneers (11-1) won in three sets in Boone to open the 3A playoffs.

Watauga is at home again on Thursday, facing No. 9 West Henderson, and a win there pits the Pioneers against No. 12 Hickory or No. 4 Cox Mill in the third round on Saturday.

The fourth-seeded Titans (8-4) won in Marion, advancing to play at home again on Thursday.

No. 5 Providence visits Marion on Thursday with the winner advancing to a third-round Saturday match against No. 8 Adrey Kell or top-seeded Northwest Guilford.