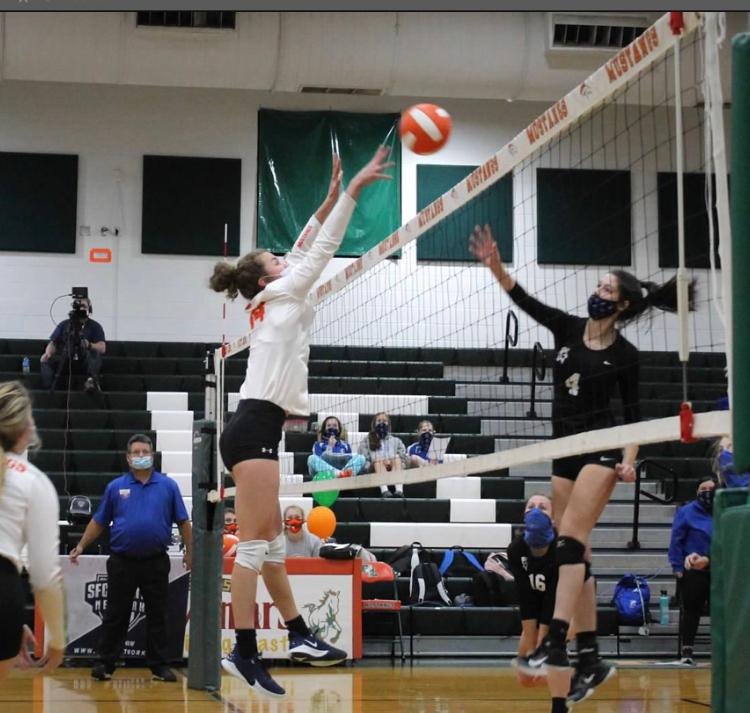 Jordan Gromlich (14, in white) makes a play at the net against North Lincoln’s Bailey Lambert on Tuesday in a South Fork 2A volleyball match the Mustangs won 3-0 at East Lincoln. The win put East Lincoln a half-match up on idle Maiden in the league standings with the Mustangs playing a key match at Bandys on Tuesday at 6 p.m./EAST LINCOLN HIGH PHOTO

COACHES, PLEASE REPORT RESULTS
HobbsDailyReport.com encourages head coaches or their representatives to report live scores as soon as possible after matches are completed. In volleyball, e-mail each of the match scores and stat leaders with first and last names and any highlights. In cross country, send top 10 finishers with first and last name and which school they run for and final team scores. We’ll publish a roundup each night with items we receive, indicating who provided the information, and we’d be glad to publish any photos (with IDs) and credit the person who shot the photo. Regular reporting will enable us to provide nightly volleyball standings.

Bandys and East Lincoln won South Fork 2A high school volleyball matches on Monday night, setting up a key early match on Tuesday that could further tighten the conference race. 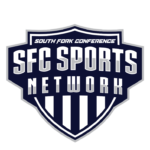 Maiden announced on Monday it would not play three matches as a precaution regarding COVID-19 and will reschedule those as soon as possible.

Maiden’s match at Newton-Conover on Dec. 3 has been moved to Dec. 4.

State guidelines are limiting attendance at volleyball matches to 25 (not including essential personnel and media). The South Fork 2A is livestreaming its matches at https://www.sfcnetwork.tv/:

Hope Clements had 39 digs and Mya Benfield made 13 kills, leading the Trojans past the visiting Wolves (0-3).

Bailey Reynolds had 25 assists and Alex Bolding had four blocks for the Trojans.

North Lincoln’s next match is at home Dec. 1 against Newton-Conover.

The Rebels face Lincolnton on the road Tuesday night (6 p.m.) while Newton-Conover will be at home (6 p.m.) against Lake Norman Charter.

The Panthers (2-1) won at home and are in third place in the conference heading into Tuesday’s match (6 p.m.) at home against second-place West Iredell.

The Tigers (3-0) are in first place as they prepare to face West Caldwell at 6 p.m. on Tuesday at Foard.

The Indians are at home Tuesday (6 p.m.), facing archrival Hickory, and South Caldwell is at home for a 6 p.m. match on Tuesday against Alexander Central.

Watauga’s next match is Monday night (6 p.m.) at South Caldwell.