Celebrating Senior Night with all of its goals scored by its seven seniors, Lake Norman Charter wrapped up a South Fork 2A girls’ soccer unbeaten record on Wednesday night.

The Knights won 9-0 over visiting West Lincoln to go 14-0-0 in the league and finish three matches ahead of second-place East Lincoln.

Megan Miller opened the scoring for the Knights in the fourth minute via an assist by senior Hallie Arko, and it was 3-0 after senior Asha Means added a goal in the sixth and 16th minutes (assists by Eliza Rich and Miller).

Lake Norman Charter than added three goals in the span of a minute – by seniors Kaela Rasenberger, Kirsten Brady and Arko. Miller, Ally Smith and Means had assists on those goals.

Senior Lauren Jones and Smith then scored, assuring all the goals were by seniors, and Arko had the final goal in the 36th minute.

The Knights outscored opponents 121-2 in their 14 matches.

As the league’s top seed, Lake Norman Charter will open the state 2A playoffs on Saturday at home against an opponent to be determined.

Abbie Hege now has 12 goals for the Mustangs.

Sophomore Juliette Hessong had four goals, giving her 23 this season, as the Indians won a Northwestern 3A-4A match in Marion to tie Watauga for second place.

Hessong added two assists and has 10.

The Red Tornadoes (12-0-0) went unbeaten as Northwestern 3A-4A champions with a victory in Morganton.

Junior Madeline Mosteller scored four goals (she has 22) and junior Addie Barrier added two and has 12.

Hickory earns the top 3A seed into the state playoffs and will play a to-be-named opponent in the first round on Saturday.

Haven Stanley had two early goals, sparking the Knights’ to a South Fork 2A victory over the Trojans at Bandys.

Stanley had an assist on a goal by Arko and then scored her third goal.

Rich added two goals for the Knights, who led 8-0 at the half.

The Red Tornadoes (3-9) won a high-scoring game in Morganton by scoring three runs in the top of the ninth inning. 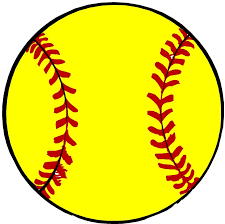 Hickory led 6-2 after two innings before Freedom (0-12) had a three-run third inning to get within a run.

Two runs in the top of the fifth gave Hickory an 8-5 lead before the Patriots closed within 8-7, and Freedom scored five runs in the sixth inning to lead 12-8.

Hickory forced extra innings with four runs in the top of the seventh inning.

The Titans got three hits by Maris Suttles, who joined Jessica Cannon with an RBI, as they won a Northwestern 3A-4A game in Marion.

McDowell scored a run in the third to break a 1-all tie and the Indians tied it with a run in the seventh inning.

The Titans (7-5) edged the Indians (6-6) for third place but won’t get into the state 4A playoffs because the only other 4A in the league (South Caldwell) won the conference title.

Kara Hinkle threw a five-inning one-hitter, striking out eight, as the Cougars (10-2) rolled in Boone and finished second in the Northwestern 3A-4A.

The Cougars will advance to the state 3A playoffs.

Mattie Smith had the only hit for Watauga (4-8, fifth place).

The Cougars led 3-0 through three innings and scored seven runs in the fourth inning and four in the fifth inning.

Jaylyn Smith and Grace Lofton each had three hits as the Red Devils (8-5) stayed in the race for a South Fork 2A playoff bid by winning on the road.

Ingle allowed only two hits, struck out seven and issued no walks.

Jamie Henze added two hits for Newton-Conover, tied with North Lincoln for third place and one game back of second-place Bandys.

The Red Devils and Wolves play Friday at 5 p.m. in Newton to close the league schedule.

The Panthers (13-0) moved a win away from an unbeaten run through the Northwestern Foothills 2A by pounding the visiting Bears (9-4).

Zoe Waters, Jordan Schlageter and Cody Ferguson each had an RBI in the second inning, when Hibriten opened a 4-0 lead.

The Panthers added five runs in the third inning and three in the fourth inning.

By losing, the Bears are tied for second place with Fred T. Foard heading into Thursday’s final conference game – the Tigers at East Burke and Patton at the Bears.

Bunker Hill and Foard split their games, forcing a comparison of records against fourth-place Draughn, and Bunker Hill gains the No. 2 state playoff bid via a sweep of Draughn.

The first round of the state playoffs are Monday.

The Tigers (9-4) got a three-hit, three-RBI game from Breanna Minton to win a Northwestern Foothills 2A game at Patton and pull into a tie for second with Bunker Hill after the Bears lost.

Foard travels to East Burke on Thursday to close the league schedule and Patton plays at Bunker Hill.

Needing a win to remain alone in second place in the South Fork 2A, the host Trojans (9-4) won behind pitcher Lydia Poovey.

She allowed four hits, struck out four and walked one as Bandys ran its win streak to four.

The Trojans pushed their lead to 5-0 without a hit on two runs via passed balls, a wild pitch and a throwing error.

The Blue Devils and Trojans close the regular season at Maiden (6 p.m.) on Friday.

Bandys needs only to win to wrap up the league’s No. 2 state playoff bid. If there is a three-way tie for second (Bandys, Newton-Conover, North Lincoln), the Trojans get the bid via best head-to-head record among the three.

Isley Duggins threw a complete game, striking out 12, walking three and allowing just one hit in a non-league road victory over the Cougars.

Carrigan had the only Alexander Central hit.

Southern Alamance had 10 hits, led by three by Brianan Gallagher and two by Kayla Wilson, who drove in two runs.

Carrigan took the pitching loss. She struck out 11 and walked three. 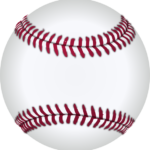 A trio of pitchers combined to hold the host Warriors hitless and Braxton Tramel had four hits and drove in four runs for Foard.

The Tigers closed last season with a 13-1 win at West Caldwell.

The Indians won their debut under new head coach Jimmy Bowman to open the Northwestern 3A-4A season with a home victory.

A two-run first inning got the Indians out front and they led 6-0 after scoring four runs in the third inning.

After the Cougars made it 6-2, the Indians scored three more runs for 9-2 edge.

Alexander Central was within 9-4 before St. Stephens scored three runs in the bottom of the fifth inning.

Alexander Central starter Caleb Williams took the loss. He was one of six pitchers for the Cougars and went two hits, allowing four hits and three runs (all earned).

The Indians scored four runs over an inning against reliever Cade Miller, all of them earned.

J.D. Little and Mason Chapman-Mays each had two RBIs for Alexander Central.

St. Stephens plays Watauga at home on Friday at 6:30 p.m., and the Cougars are at home against McDowell.

Jacob Cauble allowed only one hit over 5 2/3 innings as Maiden opened South Fork 2A play with a road victory. He struck out 11.

Spencer Floyd went 2-for-3 with a home runs and drove in three runs for the Blue Devils.

Maiden, 6-0 last season, has not lost a game with Dustin Hull as head coach.

The Blue Devils’ home opener is Friday at 7 p.m. against Bandys.

Casey Knighton threw a complete game, striking out seven, as the Bears opened the Northwestern Foothills 2A season with a road win.

Dalton Chapman had three hits and Ethan Hildebran and Preston Workman each added two for Bunker Hill, which went 4-2 in a COVID-shortened season a year ago.

The game started the third season for Todd Setzer as Bears head coach (17-10), and they’ve thrown a shutout in three of their last seven games.

Landon Reeves went 3-for-4, walked once and scored twice and was the winning pitcher as the Knights opened South Fork 2A play with a road victory.

Reeves allowed three runs on four hits, struck out eight and walked none.

North Lincoln is at home at 7 p.m. on Thursday, again playing West Lincoln.

Jordan Fisher was the winning pitcher, going 5 2/3 innings, and Armstrong earned a save by pitching the final 1 1/3 inning.

Armstrong had two hits and scored twice, Smiley drove in two runs and Fisher went 2-for-3 for East Lincoln.