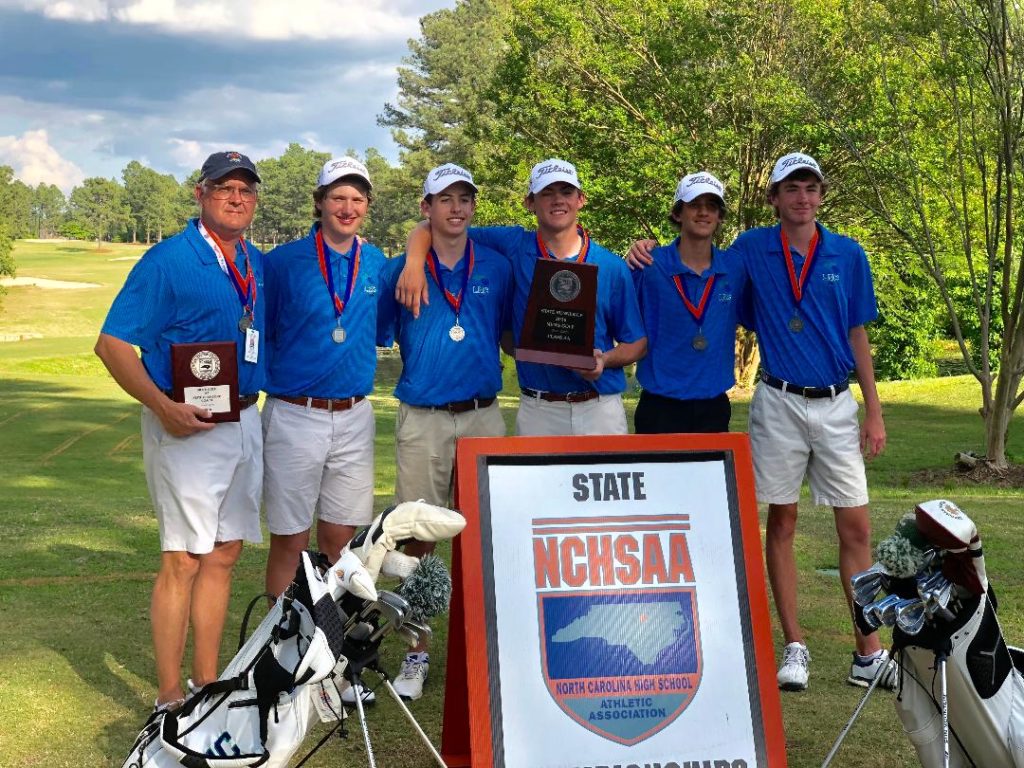 William Crook of Lincoln Charter finished third in the state 1A golf tournament on Tuesday at Foxfire Village, leading the Eagles to a second place finish behind Community School of Davidson.

Crook, the first-round leader after firing a 73, shot 79 in the second round to finish at 152. He was two strokes behind individual champion Addison Beam of Highland Tech (77-73—150) and one back of second-place Pierce Robinson of Thomas Jefferson Academy (75-76—151).

Lake Norman Charter second in 2A

Lake Norman Charter shot 667 to finish second in the state 2A tournament behind Midway (639), and Central Academy took third at 680 at Whispering Pines.

West Lincoln finished in fifth place at 702, and Patton tied for eighth at 723.

The Cougars won the state 3A tournament at Longleaf in Southern Pines with a 610, finishing 19 strokes head of Clayton and 23 in front of third-place Mount Tabor.

A.J. Beechler of Pinecrest won the individual title on the first playoff hole after tying Peter Fountain of team champion Raleigh Broughton at 145.

There were no Northwestern 3A-4A golfers in the state tournament.