In an exclusive interview with HobbsDailyReport.com on Wednesday, Harper said he’s accepted a college coaching job he feels will help him reach his coaching goals in football faster. 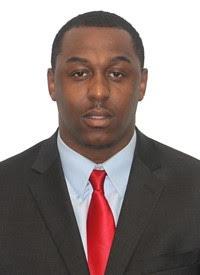 He will now make a six-hour drive on Tuesday to start his new job as wide receivers coach at Central State University, an NCAA Division II school in Wilberforce, Ohio.

“What I really want to (ultimately) be is a head coach,” Harper, 32, said. “I got a little bite at it (coaching in high school), but I don’t want to be an assistant coach.

“This is definitely the best for me and my family and for my career. Hickory is not a bad place, and if I was the head coach I would not have left… as a (high school) assistant head coach or coaching in college, you gotta consider your options.”

While at the East-West All-Star Clinic in Greensboro earlier this month, Harper got a phone call with an offer to join the coaching staff of Cedric Pearl at Central State, a historically black college that plays in the Southern Intercollegiate Athletic Conference (SIAC).

The offer, he said, got him thinking deeper about his football goals after his own playing days.

A former all-state wide receiver at Bandys High, Harper was a college star at Virginia Tech and drafted by the Baltimore Ravens in the seventh round of the 2008 NFL Draft.

After three seasons in Baltimore — a stretch that included being on the Ravens’ practice squad and getting into two NFL games – he was released prior to the 2011 season. 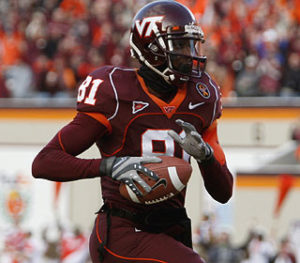 Harper then played with two Canadian Football League teams and was out of the league in May of 2013 after Saskatchewan had traded him to the British Columbia Lions, who later released him.

After seeking advice from a friend who reminded him that getting another college job would probably be more challenging than one in prep coaching, Harper said he accepted the offer to coach in Ohio.

He let the Hickory City Schools know about a week ago he was going back to college coaching rather than remain on the coaching staff of new HHS head football coach Russell Stone.

Harper previously coached at Lenoir-Rhyne University and spent two seasons at Virginia State, where he was interim head coach from January through May of 2016.

“I thought of those kids at HHS,” Harper said of some of his first thoughts after getting a new job offer. “I was into a role at Hickory… it was my first (high school coaching) experience, it was humbling. I built relationships with the richest kids in the school and the poorest kids in the school.”

Harper stressed several times in the interview that going to Central State is about the opportunity provided and not about being unhappy at HHS.

When it was clear Allen Wittenberg would not return as the Red Tornadoes’ head coach in 2017, Harper applied for the head-coaching job.

In a joint announcement in late February, the school system said Stone would come to HHS as head coach and Harper would join the staff as associate head coach.

“I was disappointed I didn’t get the head coaching job,” Harper said. “I had high hopes… and it didn’t happen. It’s not that I was (or am) unhappy…

“I have to be honest with myself. I came home in 2013, and I haven’t been doing it (coaching) that long. I feel like when the time comes, that (becoming a head football coach in Catawba County) is my goal.”

Harper’s next game will be Sept. 2, when Central State opens at home against Elizabeth City State.

The SIAC is a 14-team league that has 10 schools playing in two divisions.

The Marauders play a 10-game schedule and their closest games to the Greater Hickory area will be Sept. 9 at Clark University in Atlanta (6 p.m.) and Sept. 30 at Benedict College (Columbia, S.C.) at 6 p.m.