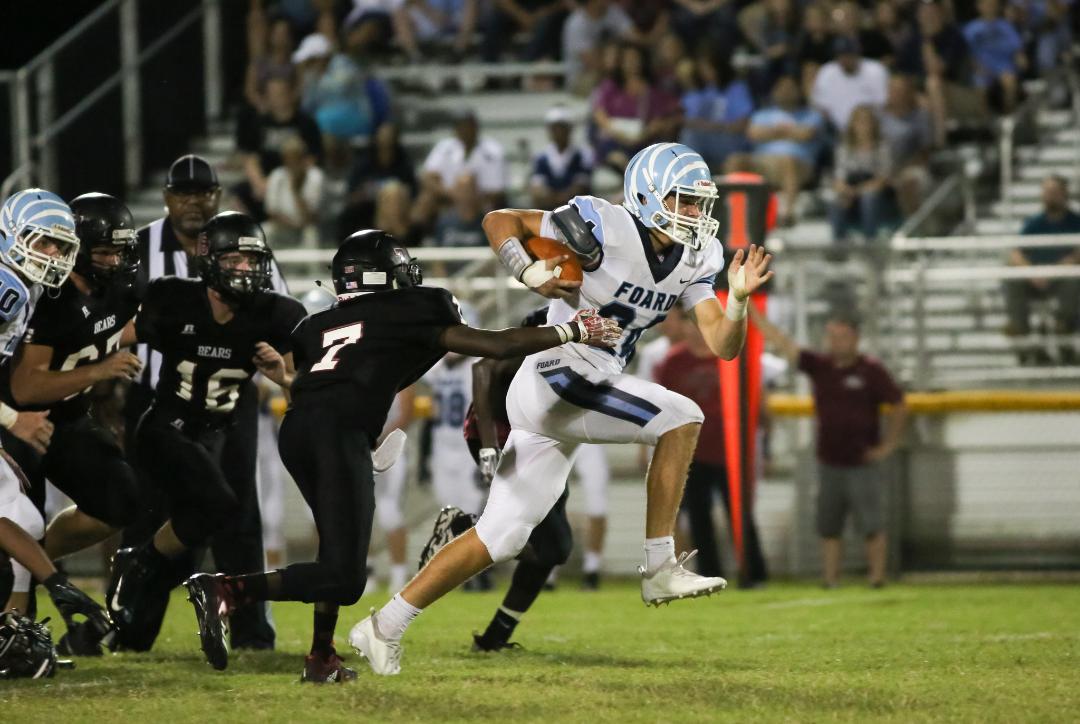 Fred T. Foard High junior running back Corey Siemer, who gained 292 yards this season against Bunker Hill, had 410 last Friday night in a win at West Iredell. He has five of the Tigers’ top 10 single-game rushing totals since 1997, all this season./PHOTO COURTESY OF OBSERVER NEWS ENTERPRISE

Editor’s note: This story and the accompanying compiled statistics included from files and extensive research by HobbsDailyReport.com are copyrighted and can’t be republished or broadcast without permission. To inquire about that permission, contact Chris Hobbs at chobbs001@att.net.

NEWTON – Fred T. Foard High junior running back Corey Siemer has posted five of the top 10 rushing games in Tigers football history — dating back to 1997 and all this season – and that includes a school-best 410 yards last Friday night against West Iredell.

Siemer (6-foot-1, 200 pounds) ran 35 times for his 410 yards at West Iredell and scored six touchdowns as Foard won 41-14 to finish in second place in the Northwestern Foothills 2A.

The Tigers (6-5, 5-1) find out their seed and first-round opponent in the state playoffs on Saturday when the North Carolina High School Athletic Association (NCHSAA) completes and releases the pairings.

All first-round games are on Nov. 16.

Foard does not have a varsity football record book, and Tigers head coach Derrick Minor reached out to HobbsDailyReport.com editor-owner Chris Hobbs about Siemer’s latest game.

The school began playing varsity football in 1959 and, like most high schools, has not been able to establish definitive school athletic records.

Hobbs had documented Foard’s individual performance statistics in football since 1997.

Based on that record-keeping, Siemer’s 410 yards are the most gained in a single game by a Tigers player over the last 22 years, and he has four other games that rank in the top 10.

The previous best before Siemer’s big game at West Iredell was a 306-yard game on 28 carries with three TDs by Owens in 2009 against Bunker Hill.