Boston, Holt of Hickory are teammates 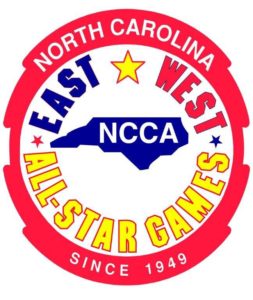 GREENSBORO – Hickory High has two of its boys’ soccer stars playing for the West on Tuesday night in the East-West All-Star match.

Ben Boston and Carter Holt of the Red Tornadoes join East Lincoln’s Chase Lynch as the West stars from Greater Hickory area leagues for  an 8:30 p.m. match at MacPherson Stadium in Greensboro,

Asha Means of Lake Norman Charter is the only female from an area league playing for the West All-Stars, who are coached by Shea Bridges of Hibriten. 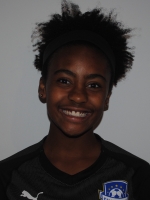 Forward, 5-foot-7… coached by David Crutchfield…as senior, named all-state, all-conference, team Offensive Player of the Year, MVP… played on undefeated state championship team… scored 42 goals, 10 assists…as junior, scored 12 goals in shortened season… member of African American Studies Club (Founding Co-President), French Honor Society, American Sign Language Club… scholarship to North Carolina, where she will major in business/marketing management… wants to pursue a career in pro soccer and then open a business that sells accessories for diabetics who want to personalize their medical devices… Brianna Pinto and Paige Bueckers are her favorite college athletes… favorite pro athlete is Christen Press… says “I am looking forward to having such a unique opportunity! Playing in the all-star game will give me a chance to showcase my talents and represent my team. From participation, I’m expecting to be forced to adapt to new situations and learn how to work with other players who come from training environments that will allow them to push me in ways I have not experienced yet!”

Has been girls’ soccer head coach at Hibriten for 18 seasons, compiling 222-125-31 record … his teams have won seven conference regular season titles and made 15 state playoff appearances, finishing as state championship runners-up in 2004… he has earned conference and regional Coach of the Year honors as well as being named Charlotte Observer Coach of the Year… United Soccer Coaches National Coaching Diploma recipient… born in Caldwell County… 1994 graduate of Hibriten, where he played on a four-time conference champion soccer team… 1998 graduate of Western Carolina, where he played rugby… earned his National Board Teachers Certification… says “It is a true honor to represent my alma mater in this event. I am looking forward to coaching this elite group of girls. “A special thank you to God, my wife Shawna, my sons Cameron and Justin, my family, and the Hibriten soccer family for the many years of support. Also, thank you to all of my past and present teams for shaping me into the successful coach I am today.” 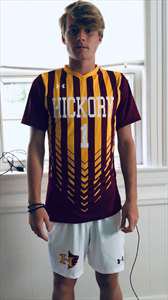 Forward, 5-10, 150 … coached by Brian Jillings… as senior, named all-state, all-conference, Conference Player of the Year, All Mid-Atlantic… Scored 19 goals, 22 assists… as junior, named all-state, all-conference, Conference Player of the Year… Scored 22 goals, 26 assists… as sophomore, named all-region, all-conference… scholarship to Stetson, where he will major in sociology… Wants to pursue a career in law… his father, Charley Holt, is his role model… favorite college athlete is Matthew Boling… favorite pro athlete is Wayne Rooney… says “I feel that it’s an unreal achievement, and to be recognized as one of the best in the state is surreal. I expect to gain some recognition of what I’ve done, and to show people what I have to offer.”

Defender, 5-10, 130… coached by Billy Howell… as senior, named all-state, all-region, all-conference, team MVP… Scored twice, added two assists… as a junior, was recipient of the Coaches Award… as sophomore, had one goal, 11 assists… member of National English Honor Society, National Technical Honor Society… plans to attend UNC Wilmington and major in business…undecided about career plans… his grandfather is his role model… favorite college athlete is J.T. Daniels… favorite pro athlete is Lionel Messi…says “I am very excited to have been chosen to play in this game because I will be the first person from my school to be playing in it. I am expecting to learn a lot from the game by playing with other all-star defenders as well as defending against some of the best players in the state.”