‘To say this is a big week for CVCC softball is a bit of an understatement,” CVCC head coach Josh Bumgarner said in the press release. “With six signings this week and more coming next, our program keeps getting stronger and stronger. 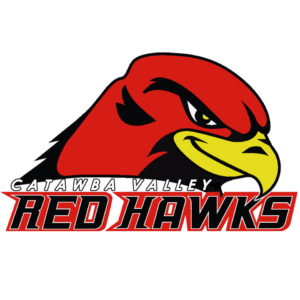 “We are very fortunate to be signing quality players like we have this week.”

Parsons joins the Red Hawks after playing at Bunker Hill in 2016. She was all-conference after playing in 23 games as a senior with 40 hits, 22 runs scored, a .465 batting average and a slugging percentage of .604.

“Ashlyn has a strong arm on defense and can hit from both sides of the plate with speed that makes her a threat to opposing teams,” Bumgarner said.

“Katie is capable of playing in the infield or outfield,” Bumgarner said. “She is also a very good hitter that can hit to all parts of the field.”

Ray played in 15 games as a junior in 2018 at East Davidson with a .537 batting average with 22 hits, including nine doubles and two home runs. She also scored 12 runs and drove in six runs.

“Alli is a versatile utility player with a strong bat that can help us in many ways,” Bumgarner said.

“Paige is a very solid player both with the glove and with the bat in her hands,” Bumgarner said. “She makes the hard plays look easy and has the ability to hit the long ball.”

“Sarah is a very skilled catcher that can block, frame and throw with the best,” Bumgarner said. “She has a big bat that will be counted on as well.”

Wallace’s sister, Mariah, was an All-American volleyball player at CVCC in 2016-17.

“Audi’s big bat and ability to play multiple positions will be a huge asset for our team,” Bumgarner said.

CVCC’s softball program officially starts in the fall and will be immediately eligible for championship contention in the spring of 2020.