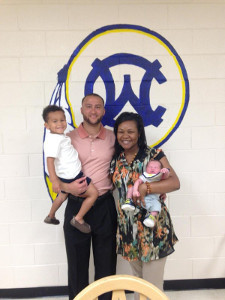 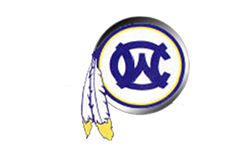 McMasters said Antonio Lyerly — the Warriors’ leader the past two seasons — resigned on Monday and told McMasters he is taking a break from coaching.

Lyerly plans to remain on the West Caldwell faculty as a physical education teacher when school resumes in August, McMasters said.

On Monday, Lyerly met with his team to inform the players of his decision, McMasters said, and the school will go into the market soon to search for the seventh person to guide the boys’ varsity basketball program.

Lyerly’s athletic background includes working as a volunteer coach with wide receivers at Bandys, two years as a sports coordinator at a YMCA in Charlotte, and working with the Newton-Conover football team under now-retired head coach Nick Bazzle while doing student-teaching after graduating from Mars Hill in 2010.

At West Caldwell, the newest head boys’ basketball coach will attempt to get the Warriors — who are moving back to 3A in August via statewide realignment and into a revamped Northwestern 3A-4A — into the state playoffs for the 38th consecutive season.

Two years ago, the Warriors went 6-8 and finished fourth in the Southern District 7 Athletic 2A and 11-14 overall in Lyerly’s first season there. That team fell 67-60 to Shelby in the opening round of the state 2A playoffs.

Last season, West Caldwell went 12-2 in the SD-7 2A and finished second. Overall, the Warriors were 18-8, which included a second-round state 2A playoff loss to Black Mountain Owen.

Lyerly’s two teams went 29-22 and added to the storied success of a program that began its long streak of postseason appearances in 1980-81, the second season they were coached by Andy Anderson.

In the past 27 seasons, West Caldwell has won 14 outright league titles, shared a title, had eight second-place finishes, twice finished third and finished fourth once and fifth once.