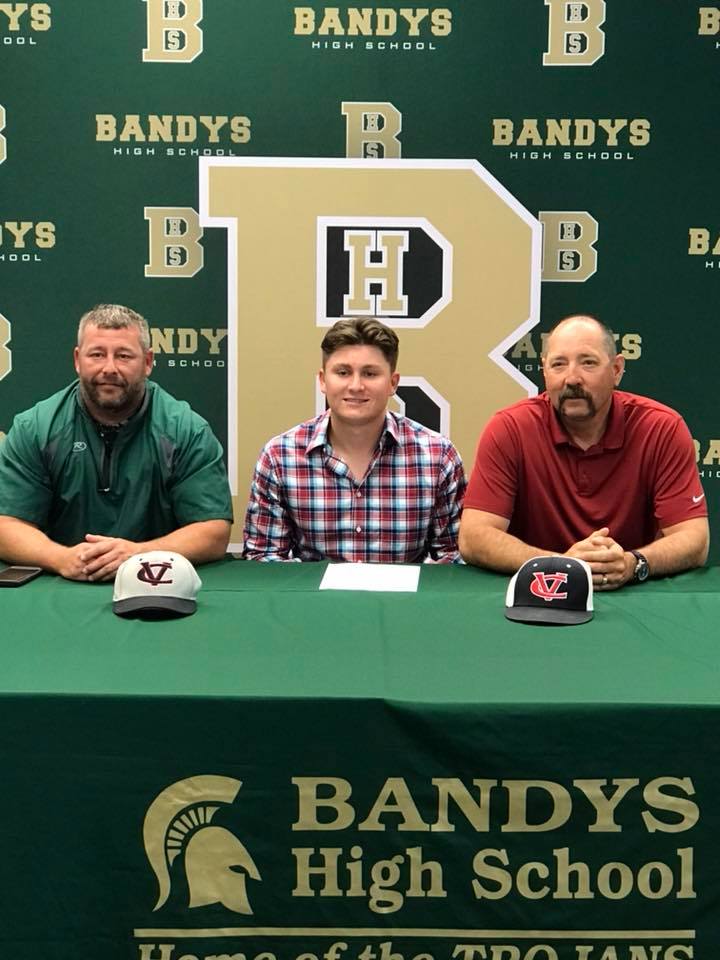 Mac Beam, who hit .413 and drove in 23 runs this season for Bandys, has signed to play at Catawba Valley Community College. Bandys head coach Frank Porter is on Beam’s left and former Bandys star and major-league all-star reliever Bryan Harvey is to Beam’s right./BANDYS PHOTO 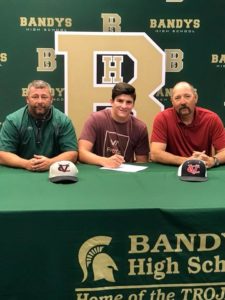 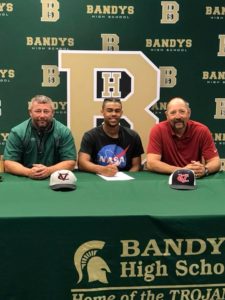 If all three continue to pitch in college, they’ll work directly with Red Hawks pitching coach Kris Harvey, a former Bandys baseball star who was an All-ACC player at Clemson in college and reached Class AA in minor league baseball as an outfielder and pitcher.

Beam, who throws right-handed, hit .413 with three home runs and was second-best in RBIs (23) for the Trojans, who finished second in the South Fork 2A.