The impact of his work with Catawba County youth went

well beyond his contributions to area high school basketball 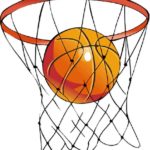 ARRANGEMENTS
A service to celebrate Mark’s life will be held on Saturday, Feb. 8, 2020, at 1 p.m. at Mt. Ruhama Baptist Church in Maiden. Rev. Ryan Weaver, Rev. Matt Rummage and Rev. Michael Staton will officiate. Burial will follow in the church cemetery. The family will receive friends on Friday, Feb. 7, 2020 from 5 p.m. to 8 p.m. at Mt. Ruhama Baptist Church. Those serving as pallbearers are; Chris Reese, Brad Sigmon, Richard Cobb, Garrett Hinshaw, Tim Smith, Luke Walling, Jeff Isenhour and Rob Bliss.
Memorials may be made to K-64, c/o CVCC Foundation, Inc., 2550 US Hwy 70 SE, Hickory, NC 28602 http://www.cvcc.edu/Apps/Foundation-Donation.cfm
Condolences may be sent to the Story family at www.bennettfuneralservice.com

CATAWBA – When named head girls’ varsity basketball coach at Bandys High back in 2012, Mark Story’s sense of humor – as it always did – quickly came into play.

Asked in an interview what his youngest daughter, Madi, said to him about becoming her head coach, Story said she told him: “You better not be a jerk.”

Mark Story never was, always engaging those around him with a smile, a laugh or a light moment.

Funeral arrangements have not yet been announced.

He is survived by his wife, Mitzi (principal at Tuttle Elementary), and three children – daughters Jesse and Madi, both basketball stars at Bandys, and a son, Charlie.

Since leaving coaching, Mark Story had spent more than two years as the CEO of the K-64 Board, working with all three school systems in Catawba County in a program designed to help students prepare for a career in a global economy.

He was selected for that position from a pool of 40 applicants, after spending four years as Career Technical Educator (CTE) for the Catawba County Schools.

Before that, he owned a tech company that he eventually sold and once raised 600,000 chickens on his rural property.

He played sports at Bandys (1986 graduate), including basketball, and dabbled in coaching for many years as his daughters fell in love with the sport. Their mom, Mitzi (Yount) Story, was an all-state basketball player at Bandys and The Charlotte Observer’s Ms. Basketball as a senior (1987-88). She played at Appalachian State, as did Madi Story. Jesse played college basketball at Lenoir-Rhyne University.

Jesse and Madi Story played together on two Bandys varsity teams with Jesse graduating in 2012.

Coaching in the Bandys and Sherrills Ford communities with his wife, plus former Trojans head coach Beth Laney Queen and others, Mark Story enjoyed basketball but did not let it define him.

“I’m not aspiring to be Dean Smith someday,” he said when he moved from his one season as Bandys’ varsity boys’ coach (2011-12) to coaching the varsity girls for one season (2012-13), replacing Queen when she retired after a second tenure as head coach at her alma mater.

Mark Story guided the Bandys girls to a 27-3 overall record (13-1 in league) and a conference title in 2012-13, the season ending in a 57-45 loss to Canton Pisgah in the first round of the West Regionals.

He coached in a six-year stretch (he was also an assistant for five years) in which the Bandys girls went 110-9 with three outright conference titles and a share of another.

All six of those teams reached the West Regionals. His was the 17th of the 19 to have done that — tops among all girls’ and boys’ teams in state history – and the Trojans (six state titles) played in their seventh title game in 2013-14.

Throughout his life, Mark Story had a great appreciation and passion for helping set the table of opportunity for others to be successful, utilizing an always-looking-forward focus and that sense of humor he’ll be remembered for.

When his daughters were setting basketball records at Bandys, Story was asked what if felt like at the family dinner table if and when chats about athletic accomplishments came up.

Mark Story probably scored 500 points in his basketball career at Bandys. By comparison, his wife and two daughters combined for 5,184 points, 1,795 rebounds and 1,166 assists on teams that went 217-22.

He was most proud of how they did what they did.

“It doesn’t matter if it’s with a basketball or with a job,” Mark Story said in an interview almost six years ago. “I think it helps with anything you do in life, whether you do a great job in the workplace or in basketball you can’t do it without the hard work that people don’t see.”

Chris Hobbs is in his 44th year covering high school sports in the Greater Hickory area, and that includes the prep athletic careers of Mark Story, Mitzi Story, Jesse Story and Madi Story, Mark’s time in coaching and the college careers of Mitzi, Jesse and Madi.