Warriors will join the league next year

LENOIR – West Caldwell High will return to 2A sports next season and join the Northwestern Foothills 2A, the league’s executive secretary confirmed Wednesday.

In a tweet earlier on Wednesday, West Caldwell officials said their request to the North Carolina High School Athletic Association (NCHSAA) to go from 3A to 2A was approved at a meeting of the NCHSAA board of directors in Chapel Hill. 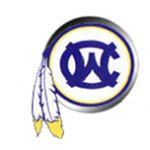 After reviewing West Caldwell’s request in a special meeting on Tuesday as part of two days of meetings by the board, the NCHSAA notified the Northwestern Foothills 2A that the Warriors would go 2A and be part of their league starting next school year.

The last statewide realignment was two years ago and has two more school years to go before the NCHSAA will again change conferences based on average daily membership (ADMs). The next four-year realignment will be for the school years 2020-21 through 2023-24.

The NCHSAA allows member schools to petition for a change in classification after two years in a new realignment.

Rankin said the Northwestern Foothills 2A then sent information to the NCHSAA that included reasons for and against adding West Caldwell to the conference.

He indicated the primary concern among the current league members was having to drop a non-conference football opponent, and that lots of verbal agreements would now be broken to accommodate having seven conference football games instead of six.

Rankin said West Caldwell will move into the open dates on the conference’s varsity football schedule and each school will have the same balance of home and away games as it did in 2017.

Based on that, the Warriors’ varsity games in their first season in the Northwestern Foothills 2A would be in this order, dates to be determined: East Burke, Hibriten, West Iredell, Fred T. Foard, Patton, Draughn and Bunker Hill.

The Warriors could possibly play non-league games against some of those seven Northwestern 3A-4A teams should their playing dates match up.

West Caldwell was moved from 2A to 3A in a statewide realignment two years ago and was placed in the Northwestern 3A-4A.

The average daily membership (ADMs) for West Caldwell in that last realignment was 1,054 with only Hickory (1,031) smaller in enrollment and South Caldwell having the largest enrollment in the conference (1,839).

In ADMs recently released and used to in the process of setting pairings for the state football playoffs, West Caldwell’s enrollment was 912, a drop of 142 students.

A look at West Caldwell High athletics and conferences since the school opened in 1977: