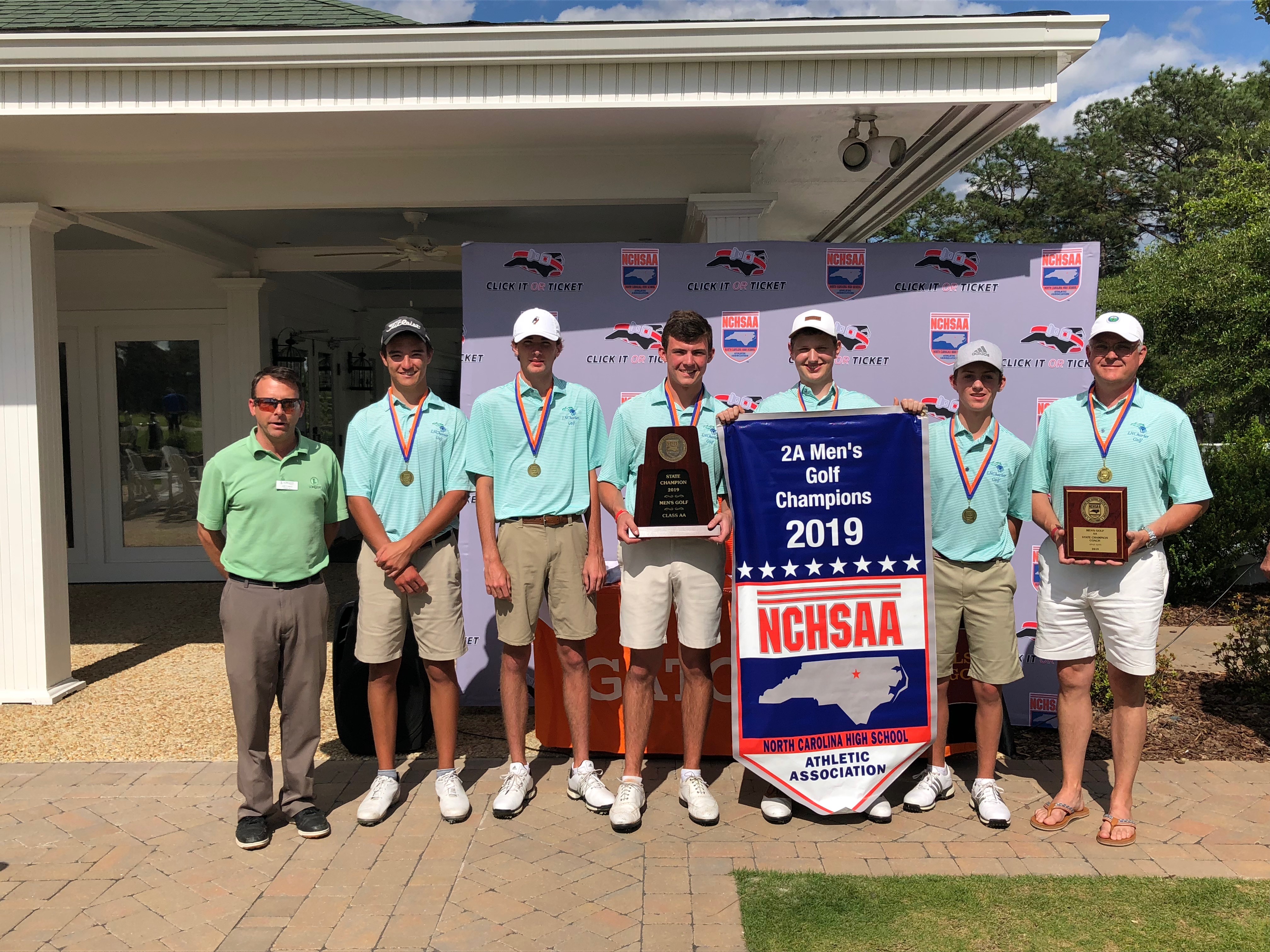 Lake Norman Charter High, which dominated South Fork 2A golf this year, completed the season with a state 2A championship in Pinehurst./NCHSAA PHOTO

The Knights won it all after two previous second place finishes.

Logan Patrick of Midway, which finished second, won the individual state title with a 1-over par 145 in a two-day tournament.

He was the only player under par in the field entering Tuesday’s second round. He shot a 2-over par 74.

Ian Johnson led Lake Norman Charter by finishing at 7-over par 151 and tie for third individually.

Carter Busse had rounds of 77 and 76 for the Coach Eric Johnson’s Knights, and Busse tied for seventh individually.

Jace Arko finished at 11-over par for Lake Norman Charter.